In this episode of Wheel of Fortune, Pat Sajak disappears and Vanna White has to handle all the hosting responsibilities herself. At least she has Charlie O'Donnell to help her...

Four category IDs exist that are not used by any puzzles in either of the puzzle banks. Strangely, though, they still have header images and Vanna voice clips.

0A: Fictional Place, a very rare category that had been present since about May 1995. 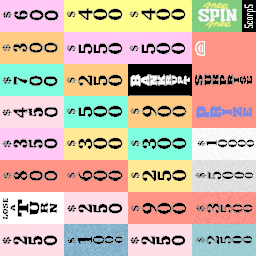 While this image is technically used (the game stretches it to make the Wheel layouts), the full-size $10,000 wedge is not. Oddly, the Bankrupt/$10,000/Bankrupt wedge is not present.

Next to the Free Spin image is "Scorps", likely the designer. 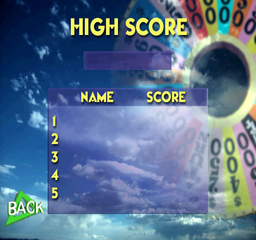 An image of a high score table, using the same graphics as the contemporary PC version but with a green triangle behind the "BACK" button (referring to the PS1's Triangle button).

A sound effect of glass breaking, used in the PC version for incorrect letters instead of the show's buzzer.

Fun In The Sun Day