Another surprisingly well-made game based on an above-average quality film by the same title. Also notable for being the only Game Boy Color game to play an alternate soundtrack for the Super Game Boy; this is because the game was originally in development for the original Game Boy as a known prototype exists. 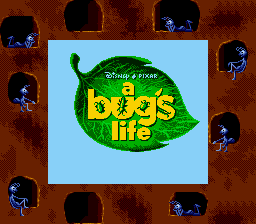 Shown when debugging features are enabled only when played using a Super Game Boy. GameShark code 012BCAFF will display the screen and attempting to load the screen on any Game Boy other than the Super Game Boy will crash the game. 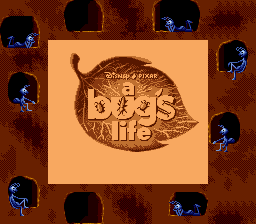 Need more rocks but don't want to lose life getting hit with them? By holding Select and pressing A the amount of ammo you have will steadily increase until it hits 99.

Once the debugging features are enabled, level skipping features become accessible. Pause and press Start and Select to skip the level, password included. Secondly, level-segments can also be skipped by pausing and pressing Start and A. Alternatively, using the password 99BB will enable full and segmented level skipping.

Enabled along with level skipping, a free-movement mode is activated. Hold Select, and press Up, Right, Left or Down to move anywhere onscreen. Keep in mind that obstacles cannot be phased through and enemies still hurt you. Let go of the buttons to drop and resume normal controls.

Several placeholder levels exist though they will be black. Appearing as indefinitely scrolling levels with garbage graphics and no music, they were probably used as a space-filler. GameShark code 01??CAFF 30-40 will load the placeholder levels on the next screen.