IIDX RED has graphics left over from not just one, but two games!

First up is the "kyotu" file, which contains the play options menu from 9th style. 10th style onwards merged this into the texture file for the music select screen, and this file is present in every game up until beatmania IIDX 13 DistorteD where they finally remembered to delete it.

The other one is "title_10th", which unsurprisingly contains graphics for the title screen from 10th style. 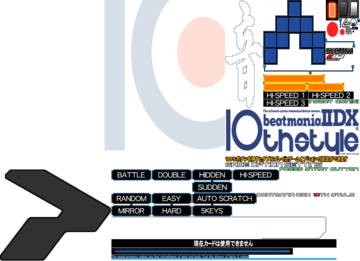 Inside the graphics files r01 and r02 (which are for results screen artwork) is a texture, titled "RE_DUMMY" that states that reverse engineering is against the law, and threatening to report unauthorized behavior. This texture is not used by the game and there seems to be no evidence of any anti-piracy checks like the one described. 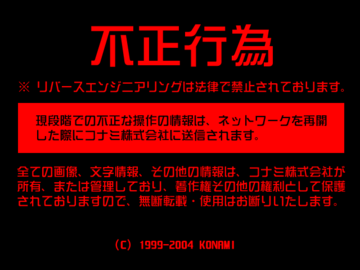 The JAB version of the game fixes the infamous "GXPERT" typo on the mode selection screen. Interestingly, this is accomplished by flipping the "G" into an "e" in memory, the actual texture file is the same between both versions.