beatmania IIDX 20 tricoro is the 21st game in the beatmania IIDX series, and the first HD release. It runs on Windows XP Embedded at a 1280×720 resolution.

Inside of test_main.ifs are two unused frames. The first appears to be an early version of the main tricoro frame. The basic layout and design is the same, however the early one is noticeably less detailed. It also features each player's Q-pro (in-game avatars) at the bottom, presumably for demonstration purposes (some songs use the player's Q-pro with its animations). Interestingly, it features a ticker with the song name at the top of the screen, a feature that wouldn't show up until the release of beatmania IIDX 28 BISTROVER 8 years later.

The second one is simply a frame that has been leftover from the previous game. Considering it is at 480p, it might have been used as a placeholder before the resolution was changed to 720p. It also has Single Play and Double Play versions, unlike the unused tricoro frame, as well as being in parts rather than a single texture.

Expert Mode is not available in the game, despite being present in IIDX 19 Lincle. It returned two editions later in IIDX 22 Pendual. It is not known if this mode is accessible through modding. 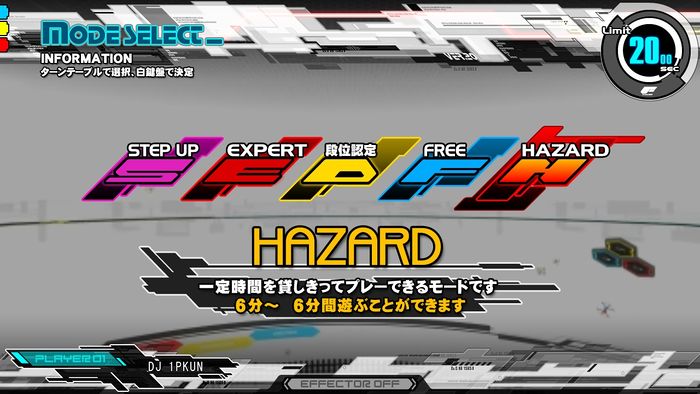 Sound data for masquerade by TЁЯRA can be found in game data.

The video for VANESSA from beatmania IIDX 14 GOLD is present in the data, however it is not actually used in-game. This is most likely due to it also having special overlays that would change depending on the player's performance while playing, which like many older overlays were cut due to them not supporting the game's new HD resolution. The video would later be restored in beatmania IIDX 22 PENDUAL, albeit without the overlays it used to have.