Carmageddon 64 is what happens when you take a well regarded game and give it to a studio that doesn't seem to know what to do with it. The result is a very bad port, one that for some people rivals Superman 64 in terms of quality. 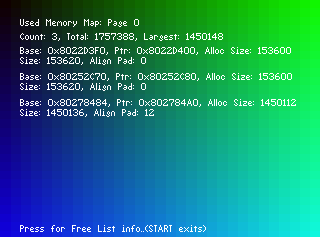 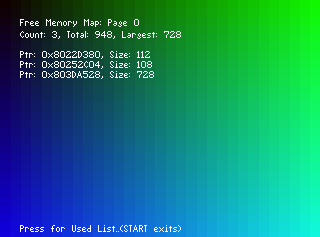 An uncalled crash handler function exists at memory location 0x8008E2CC (US). This would have printed memory info about the crash.

As you can imagine, when a game in the Carmageddon series gets ported to the Nintendo 64, changes would be made.

The story was changed to accommodate the change from zombies to dinosaurs, and then got reworked back into zombies in the US version, with the text formatted differently.

In the two European versions, the roadblocks were slanted, mirroring how they were on Carpocalypse Now. This was changed for the US version to plain rectangular roadblocks, perhaps to avoid players accidentally sending themselves flying off the course with them.