Dino Crisis is a survival horror game directed and produced by Shinji Mikami, the creator of Resident Evil. The game has a lot in common with its predecessor, but pushes the survival mechanics to their extreme.

The below GameShark code will give you every item in the game, including some that otherwise go unused. Enter the following code for the US version, then play as Regina. 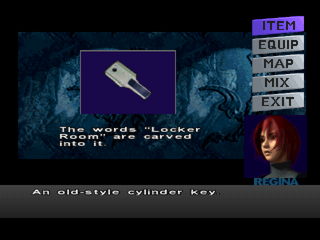 A key for the Locker Room door. Goes unused as the door is already unlocked. 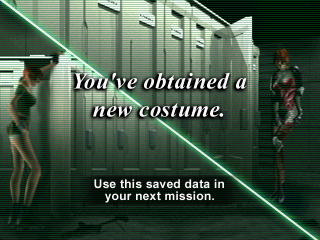 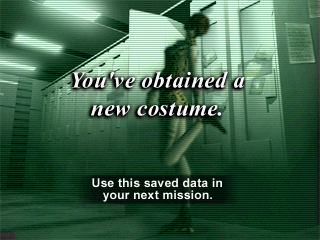 Rather than opening the room itself, possibly the key was meant for a locker inside the room. Indeed, upon completion of the game, both screens which indicate to the player that new costumes are unlocked show Regina changing clothes in the locker room, with the lockers opened. This would be similar to Resident Evil, which awards the Special Key for costumes while showing a picture of the room in which to use it. Instead, Dino Crisis uses a sub-menu in which costumes can be selected when starting or loading a game.

There is a third background image showing Regina in the locker room with one of the lockers opened. It was used for the score table of the Operation Wipe Out mini-game of the 2006 Windows version. 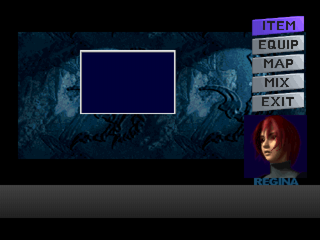 Has no name or image. The icon in the menu is the same as the keys. Likely intended as a placeholder. 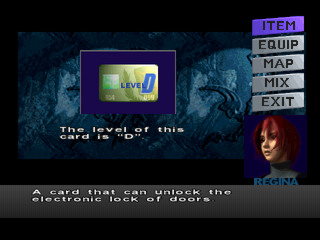 At some point, there was supposed to be another Key Card for the Security doors in the S3/S2 levels. 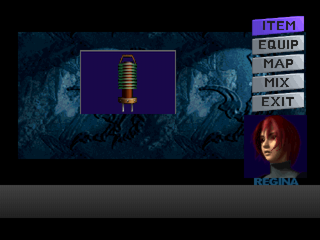 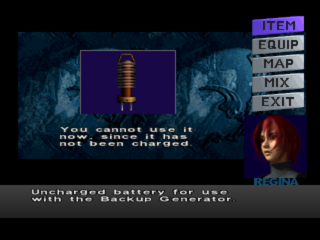 You already pick up a charged red battery in Backup Generator Room B1, so this item goes completely unused. 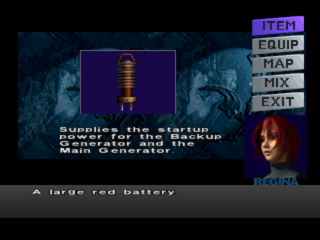 Another red battery. It shares the same description as the white battery item. 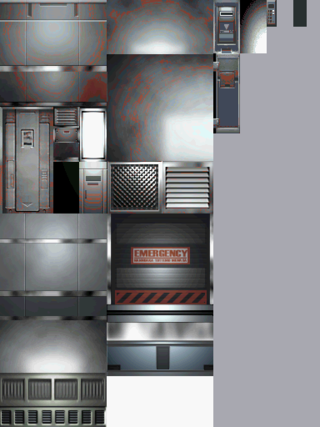 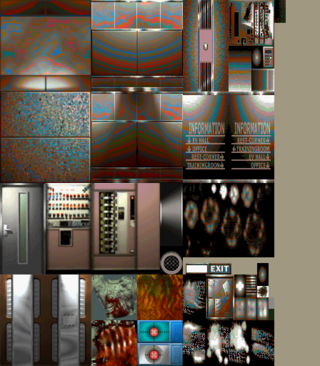 Cut conversation between Regina and Rick in the Control Room Hall. It was probably meant to be triggered after the cutscene with Gail in the Training Room.

Another cut conversation, this time between Regina and Gail. Seems like Gail would have entered the room after Regina and then immediately return back to the Computer Room.

Small cut speech, involving Regina and Gail. Judging by the conversation, Regina was supposed to catch Gail taking a nap/relaxing in one of the beds of the room.

There are a few hidden door animations hidden in the game, all included in the several releases of Dino Crisis.

Many doors were taken from Resident Evil 2 and edited.

In the Hangar before the Heliport, three boxes were added in the international versions, two of which the player has to move.

In the Japanese version of the game, room names are displayed along with the floor number on the map.

Several codes and passwords were changed for the international versions of the game.

The game went through a series of balance changes for the international releases:

The number of continues is drastically higher in the Japanese version of the game.

The content of item boxes can vary in the international versions of the game compared to the Japanese version.

All five green item boxes contain Resuscitation items in the international versions, while there are none in the Japanese version.

In the international versions, compared to the Japanese version:

In the international versions, compared to the Japanese version:

Text in the Wipeout Mode

For some inexplicable reason, checking the evacuation point in Wipeout Mode before killing every dinosaur in the level displays random numbers in the Italian version, as opposed to the proper script in other versions.

A small visual glitch on the top-left of the D.D.K screen was introduced in v1.1.

In the 1.1 version, some details were added in the Main Hall B1. Also, one of the lights is glitched.

If the player chooses to follow Gail, he can reach the Hall B1 room a bit earlier and a cutscene is triggered. The version of the room used in this case is a different version than the one that is accessed later on by using the elevator. It is an earlier version of the room which is made evident by the lack of the floor map on the wall, as seen in pre-release material.

Version 1.1 uses an updated version of the room, though oddly it still doesn't match with the version of the room visited during later gameplay. Some details were updated like the lighting on and above the board, or on the floor.

In v1.1 a blue file can be seen on the counter, while there is none in the other versions. Note that it can only be seen briefly during the cutscene, the area being inaccessible for gameplay at that moment, the second screenshot comparison was provided to have a clearer view on the file.

In the version of the room the player can access later on by using the elevator, there is indeed a file on the counter but it is yellow.

Version 1.0 of the North American release incorrectly shows the Anti-Modchip message in Japanese. This was fixed in version 1.1.

On the other hand, the PAL version uses LibCrypt protection and, if tripped, hangs indefinitely on the warning screen about violent content. This unfortunately prevents the European version from being played on a PlayStation 3 due to the software emulation setting off this measure.