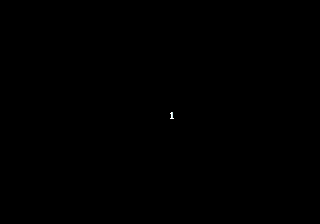 At the title screen, highlight "Options" and hold A + B + C, then releasing B + C when the menu appears. Now, with A still held, do the following:

Level 2 has an unused brickwork texture, but it's always offscreen, so it's never seen or used.

Level 5 actually has grates above the door, this texture goes completely unseen & unused. 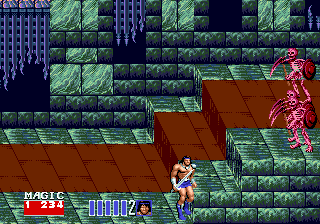 If you use level select to access Level 6 in easy mode, the entire level is empty except for these three skeletons.

As you never face all possible enemies in the Duel Mode, some faces are never seen. Also not all letters are used.

Because of the overlay, it is impossible to see the map, here is the full version without the overlay.

One of the magic spells has a graphical effect which causes ripples over the sprite. Here is the original sprite ripped without the ripples.

The game was ported to the Arcade too, under the Mega Play system:

It was first ported to the Mega-Tech system, but this had few if any changes to it.