So three RPG classes walk into a bar... They don't order a drink, though, because they're spending too much time trying to find more friggin' switches!! Also they're fighting the N64 controls. 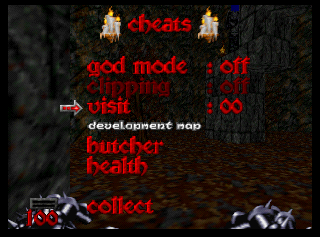 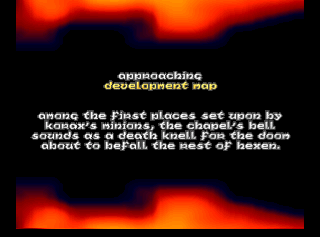 Evidence of a development map remains in the game, however it will crash when trying to start the map.

Hexen 64 is unique among Doom-engine games in that some actual effort went into its localization process.

Surprisingly, Software Creations actually went to the effort of redubbing Korax's threats in each language the game was released...but for some strange reason, only the Japanese level scripts were altered to let the longer lines play fully.

In the sound test menu, the game only displays a number for each sound effect. In the Japanese version, it also displays the sound's internal name.

The Japanese version uses green blood instead of red.