This is a sub-page of Mario Kart Wii.

Through hacking, it is possible to add more than three laps to a track. Doing so shows that Lakitu actually has extra graphics on his flag for laps 3 through 9! While flags 3 and 4 were used in 2 tournaments, where you race the babies in Cookie Land and race around rooms of DS Twilight House with 5 laps, the flags indicating laps 5 through 9 go unused. The lap 5 flag goes unused because in the Cookie Land and Twilight House tournament, Lakitu uses the final lap flag on Lap 5.

Interestingly, there is a glitch in the game that lets the player see these normally unused lap graphics.

A very old American flag graphic. It can be found inside /Scene/UI/Channel.szs, in /./ranking/timg. It's named tt_america.tpl

The layout file for each player entry in the Top 10 list (common_w078_ghost_top10.brlyt in that same file and directory) actually references this icon as a placeholder for the country flag images. But of course, it can't be seen in-game, as it's replaced with the used flag icons.

Named flag_blank_00.tpl, it was probably meant to display when a player didn't have a region set, but in the final game, the space where a flag would be is empty if there is no region set.

A coin graphic from Super Mario Bros, named tt_coin_type1_000.tpl. It is found in /Scene/UI/Race.szs, inside /./game_image/timg

The icon of Mario in the Classic Dragster can be found in many files, such as /Scene/UI/MenuSingle.szs, inside /./button/timg/. It's named tt_ma_kart.tpl

This graphic is referenced in nearly all layouts that are used to render the vehicle buttons in the vehicle selection screen. Since most of the vehicles seen in those buttons are 3D models instead of 2D icons, this implies that this Classic Dragster graphic is actually a placeholder for those models.

This Mii is of Shuzo Matsuoka that was sent out to Japanese Wiis in 2007. It can be found in many files, such as /Scene/UI/Title.szs, inside /./button/timg/. It's named tt_mii_matuoka_64x64.tpl

This graphic is referenced on nearly every layout where the Miis head model appears, implying it was used as a placeholder for those 3D models. In fact, curiously enough, its shadow can still be seen briefly when highlighting/clicking on a Mii icon in the Rankings screen.

As an example, if you convince the game to not load a Mii for the image on the license, this graphic will load instead. 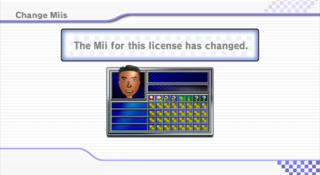 An unused question mark icon, named tk_iconEvent_00, exists within the banner for the Mario Kart Channel. It can be seen on a prerelease trailer.

Given how the filenames follow the same structure as the characters' icons seen in the course's minimap (starting with "st_" and ending with "_32x32"), and also how these textures are listed by the layout file character_map_icon_common.brlyt, it is likely they were used as placeholders for those.

This early Wii Wheel icon is found in /Scene/UI/Race.szs, inside /./game_image/timg, named tt_level_icon_handol_star2.tpl. In the final game, the Wii Wheel icons are loaded from a font file instead.

Another early Wii Wheel icon, named tt_remocon_han_body_mini3.tpl and found in /Scene/UI/Channel.szs, inside /./ranking/timg. It can be seen on prerelease footage.

An early version of the banners that display for each course when checking time trial rankings. It is named tt_ghost_ranking_course.

Two unused name tagline textures can be found in the file /Scene/UI/Race.szs, inside /./game_image/timg

This graphic actually appears in the unused Player Number on the Minimap feature.

This graphic is very similar to the final version (which is named tt_race_chara_name_line_white_ver00.tpl), albeit with the end of the line being opaque instead of semitransparent. This was actually seen in prerelease footage.

An unused version of the finish line graphic that appears on the course's minimap can be found in the file /Scene/UI/Race.szs, inside /./game_image/timg, and it is named tt_start_line_32x32tga.tpl (for reference the used texture is called tt_start_line_22.tpl).

They're both identical looking, with the only difference being that the unused variant has a size of 32x32, while the final is 22x4, which actually fits the graphic. Interestingly, the filename for the unused version lists its original image format (.tga).

An early version of the Female Mii's body (used in the photo you get for completing all the cups in the game). It is found in /Scene/UI/MenuOther.szs/ma_mii_f.brres. There is also a placeholder head texture that is never seen.

tico.brres in /Race/Common.szs (the model for Luma that accompanies Rosalina) has an unused metal texture, named metal_3.tex0. The version of the model that is seen at the Award Ceremony (found in rs.brres and rs3.brres inside /Demo/Award.szs) actually uses this texture in an early version of the model's shading. In consequence, the main texture for the Luma is different.

Interestingly, this early version of the Luma's shading can be seen in the video used for the true ending credits of the game.

In /Race/Common.szs, inside Effect/RKRace.breff/rk_gasSmokeTest2 is an unused particle. Probably a test as the name implied. 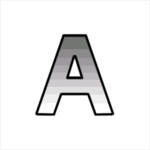 An image with the letter "A" on it, named tt_a_body.tpl. It is likely its purpose is to alert players to press the A button to register their controller.

This graphic is actually used in the Controller Registration screen in the Local Multiplayer mode. It appears in the squared frame when a controller is not assigned for a given player. However, it is invisible in-game, since it uses the RGB5A3 image format (the image above was converted to the RGB565 format so that it could be seen).

This texture has a white outline variant, just like the other controllers, named tt_a_light.tpl, and is also invisible. However, this texture seems to be completely blank. 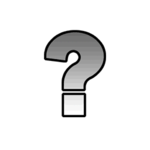 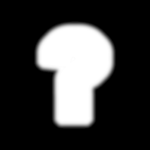 An image with a question mark on it, named tt_hatena_body.tpl.

While the purpose of this graphic is exactly unknown, it is likely it could have been used when the player tried to register an unsupported controller. In the final game, if this happens, the game shows the GameCube controller image instead. Interestingly, a similarly named animation file, common_w055_message_connect_hatena.brlan, contains references to the invisible A button graphic, which could mean it was originally meant to appear in the Controller Registration screen in the Local Multiplayer mode.

This texture has a white outline variant, just like the other controllers, named tt_hatena_light.tpl.

In the texture for the players controller numbers, there is an unused black graphic with three red question marks. Found in /Scene/UI/Font.szs, inside /./indicator_font.brfnt

There is an unused Mario and Luigi Title Screen blur graphic named tt_title_bokeboke.tpl in /Scene/UI/Title.szs, inside /./title/timg. In comparison, the unused graphic appears less blurry, and it is stored as a full texture, whereas in the final version it is divided in two (the upper part with the logo and the lower part with Mario and Luigi).

The layout file title_movie.brlyt references this image. This layout file is used when viewing the opening video in the Title Screen.

Retrieved from "https://tcrf.net/index.php?title=Mario_Kart_Wii/Unused_Graphics&oldid=1260282"
Categories:
Cleanup > To do
Subpages