Miitopia is kind of the love child of Tomodachi Quest from Tomodachi Life and Find Mii/StreetPass Quest from StreetPass Mii Plaza. It's a bizarre game about building a team of Mii's to go up against ghoulish fiends, mythical creatures, the Mona Lisa, and even a Twerkey.

Inside cmn/param/maps is a SARC archive containing five CSV files which has the test map data. They test forks in the road, triggering events, and finding treasure.

Inside cmn/h3d/bg/Battle is a dummy battle area which is only a blue background without any effects. It appears to be located in New Lumos.

The Cerberus, Griffin, and Retroputer have clones of their default coloration. These 3 were most likely going to receive their own coloration and feature as alternate, stronger versions of the original enemy.

3 Slimes, 2 Cobras, a Golem, 2 Butterflies, 3 Rocks, 5 Imps are mentioned in enemy.msbt, but don't have any unique names.

The Dark King in-game. (Alongside the Dark Queen)

EDIT: It turns out this model is actually used in-game, but as the model for the Dark King boss, with special effects added on afterwards to give him his signature look (And not just an ordinary texture change, interestingly enough.). 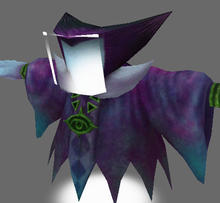 Original Section: There is a separate Dark Lord model that has a strange visor in front of his face, but it doesn't share any animations. It uses the shadow texture, for some reason. The model entirely could have been a scrapped version.

The models and faces of enemies are kept separate. Every enemy has a dummy facial texture, but it's left blank. However, the Rock Moth's dummy mouth is not blank; it has a smiling mouth. The Poison Butterfly has brown, feminine eyes looking to its right. Because neither enemies in-game have those features, there's no need to make the parts blank. The game simply doesn't show them.

Of course, what are enemies without skills? As you'd expect, Miitopia also has quite the number of skills within its code. So, naturally, there's some that didn't make the final cut...

The enemy does a physical attack on a Mii, with a chance of inflicting either Hyper ("ExciteAttack") or Spite ("SpiteAttack").

These skills are nearly identical to the robot's beam ability ("WaveCannon2"), but with one key difference. As the name may suggest, "WaveCannon2" targets two Miis. So, yeah, you guessed it, "WaveCannon1" targets one Mii, and "WaveCannon3" targets three Miis.

Pretty self explanatory as skills, "CryAll" attempts to inflict Crying on all the Miis in your party, and "TerrorAll" does the same, except inflicting Terror instead of Crying.

This last one's decently interesting, no, not for its effect, (Inflicts a status effect on every Mii in your party. The statuses can be either Nightmare, Old, Hyper, Stone, or Crying.) but because, well, the skill is in the game, just not by itself. The skill "LastMimit" was added in the Switch version of Miitopia, it's the skill Boss Snurp (A new boss added in Switch Miitopia.) uses for its fight. and, boy, It's a really dense skill, alright. First of all, this skill contains the data for Boss Snurp's three phases, as you'd expect, right? But, "LastMimit" has THREE other skills stuffed in it, WideAttack, Summon, and, of course, "RandomAll".

Do They Still Work in The Game?

Yes! Well, excluding one, that one being "RandomAll". But, since you can still call it in tandem with "LastMimit", it doesn't really matter that much, anyways.

Inside the /cmn/storedata/ folder are 7 dummy Mii data files in .CFSD files (Wii U/3DS-format Mii data files). Here are Mii Studio renders of all of them. First is DummyBasic, then Dummy00, Dummy01, and so on, up to Dummy05. 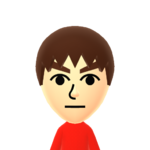 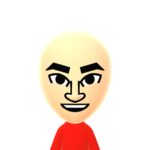 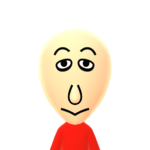 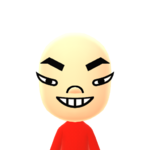 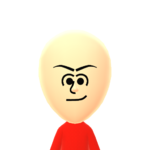 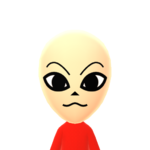 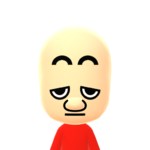 Miitopia is referred to as "mimic" internally.