A web based MMO racing game and probably the first of its kind. Although the servers were discontinued in 2005, an offline version of the service's main "head2head" and "full on rally" modes were available to download with online options.

Depending on the game revision (see below), some tracks are missing, even though some appear in the main menu. Choosing and loading a missing track will crash the game!

The real names of the Carena version's tracks are unused in both versions. Instead, they are called by their file names.

In both versions, some debug keys are enabled by default. 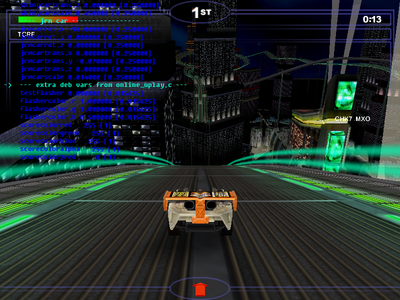 Present in the original Planet Hot Wheels version (not the newer Highway 35 version) is a sound test menu accessible by altering the config file to boot the game in startstate 6.

This sound menu displays all of the weapon sounds and various other sounds in the game. Clicking on each one will play it.

The menu will also display the various text files inside the main asset directory, along with any capture files taken in-game. 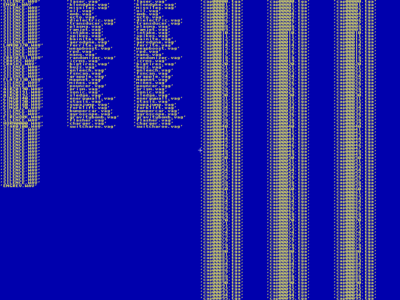 The game was updated in 2003 to add content for the then-upcoming 35th anniversary of Hot Wheels, mostly content from the Highway 35 World Race movie.

The Highway 35 version adds an option to change cars. In the Carena version, you must edit the config file to change the cars.

The HUD was redesigned. Also, the loading bar is replaced with a percentage counter.

Each version has their own exclusive tracks. However, it's still possible to load the Carena version tracks into the Highway 35 version by simply copying the files or in case of the drag track, by also adding the main file in "online_seltrack.txt".

A new music track was added for the HighTech track; previously, it used the default music track. The new track appears to be a digital instrumental version of Ave Maria by Franz Schubert.