Stop some graverobbing aliens from plundering the Egyptian ruins of their untapped power in this resurrected mummy of a Saturn-centric FPS/Metroidvania.

The unaltered maps from the PlayStation version of PowerSlave are present and accounted for in the maps/old folder of PowerslaveEX.kpf. They can be played using the console, but may have broken scripting or other issues.

A number of test levels are still present in the maps/testmaps directory of PowerslaveEX.kpf. 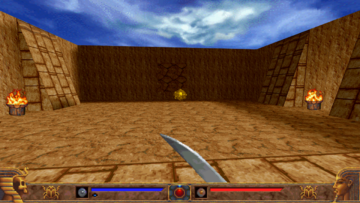 A room with an Amun Bomb pickup and a wall to blow up with it. 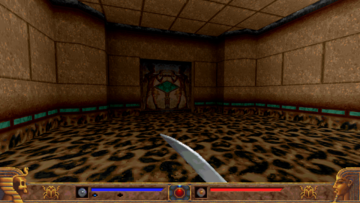 A small room with two doors, each with a small pickup behind them. 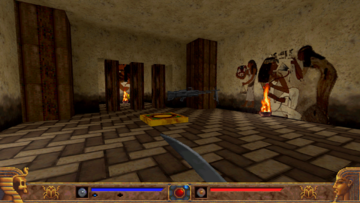 A small room with a M60 pickup and a conspicuous floor trigger in front of a barred-off side area with a symbol. Stepping on the trigger removes the bars. Grabbing the Symbol opens up two monster closets next to it, each with an Anubis inside. 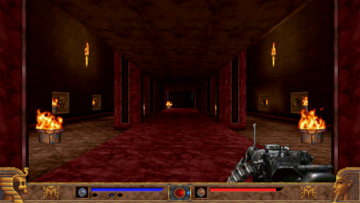 A moodily-lit three-tier area with lifts leading up to a reward. 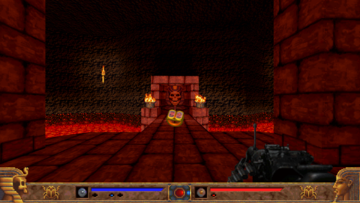 A boss-style arena with several weapons and a Magmantis, set up to test doors opening upon the Magmantis' death ala the climatic encounter in the Magma Fields level. 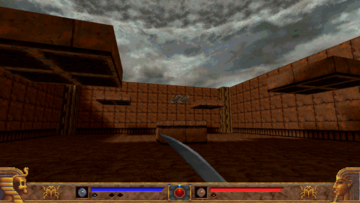 A small room with various types of floating platform abound. The Sandals of Ikumptet sit in the center, for ease of clambering around. 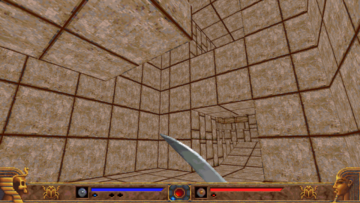 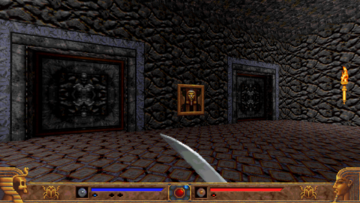 A small room with a switch that opens two doors into a similarly-sized, empty room. 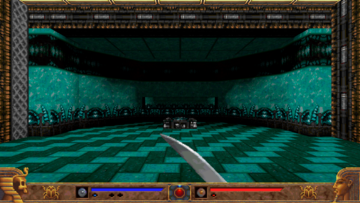 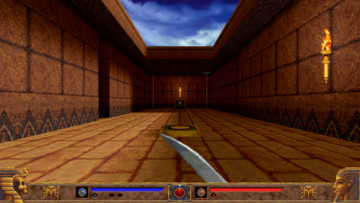 A small room with a conspicuous floor trigger and a switch near some laser emitters. Stepping on the trigger activates fireball shooters. Hitting the switch simultaneously deactivates the lasers while activating a second set. 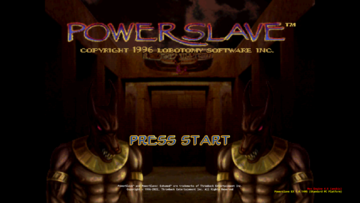 The original, pre-HD-redraw title screens for each version of the game are present in the files, and will be used if you run the game on specific dates (typically the dates those versions were released). Occasionally, they'll even pop up randomly, just to keep you on your toes and doubting your sanity while taking title screen shots for a TCRF article. (Purely hypothetical example, of course.)