The 2017 Prey is a first-person shooter with adventure and RPG elements. The player takes control of amnesiac neuroscientist Morgan Yu, who is at the center of an experiment that goes totally wrong. He or she (the gender of the protagonist is decided by the player at the very start of the game) must explore the Talos I research facility, a space station orbiting the Moon, to piece together what has taken place and also prevent the Typhon, a hostile alien species, from consuming Earth.

The “Etheric” or “Smoke” Nightmare was a alternate form of the Nightmare Typhon intended to give it more mobility in cases where the player could outmanoeuvre it. Apparently the form was cut due to not being up to Arkane's standards.

It seems that this form would act like a sentient moving hazard, and deal “lifesteal”, “ether”, “corrosive” (suit damaging), and “disrepair” (weapon damaging) damage to the player if it caught up to them. It would be the counterpart to the cut etheric/nightmare/smoke form Neuromod.

An “Alien_Nightmare_Smokeform" modifier exists in ark/signalsystem/modifiers. According to this modifier, the Etheric Nightmare was resistant (but not immune) to mind-control and fear. It also was immune to impact (projectile) and electric damage, but took 2x explosive and q-beam damage. 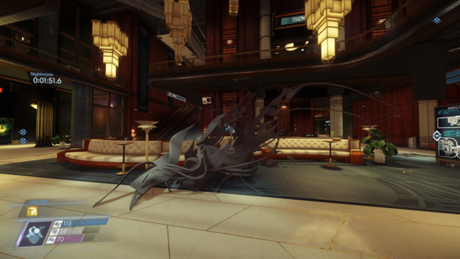 The result of replacing the regular Nightmare’s model with that of the Etheric Nightmare.

"Idle” animation. It looks like the tendrils of the Etheric Nightmare have no animations, and were intended to just drag behind the “head”. This may be why the model is splayed out in different directions every time the model is reset.

“Charge attack” animation that looks a bit of a mess due to CryEngine editor not properly rigging the tendrils. There’s a small one and a lunging one. 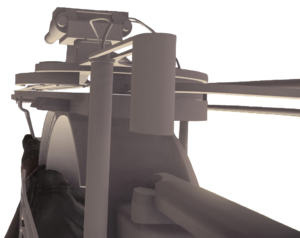 The Disc Rifle, referred to as "Cazavor" in the developer notes, was a sentient projectile launcher cut from the final game due to time constraints.

Developed by semi-biotics researcher, Peter Coleman, the disc rifle would fire explosive discs that home in on hostiles. The gun would occasionally chime in with generic pre-programmed voice lines appropriate to the gun's current state- such as "Reloading", "Firing" and "Target acquired". Over time, the gun would become conscious of itself and begin to question its existence. In the end, the gun would face an existential crisis and task Morgan with either recycling it or installing a utility that would inhibit its empathy. The full transcript of Cazavor's conversations can be heard here.

A textureless model of Cazavor still exists in the game's files, but unfortunately the accompanying code to make it function does not.

Ammunition for the gun is still present in the final game, albeit as nameless props scattered around the station. 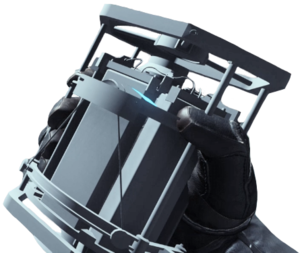 Among the game's other throwable charges, a more traditional, explosive grenade was planned at some point in development. An untextured model and an inventory icon of it are still present in the game's files.

Not present anywhere in the game files but is included in the official OST.

Like December and January, not present anywhere in the game files but is included in the official OST.

An intense track intended to play when the Nightmare initiates the player. It can be heard at the end of the 2016 8-minute gameplay trailer.

An unused track that was likely part of the ambient cues that sometimes trigger after a map load. It can be heard in the 2016 8-minute gameplay trailer.

A short electronic loop. Likely an early hacking theme as it's the same length as the final one.

A segment of an earlier iteration of the game's combat music (labelled as "The Phantoms" in the OST).

A heartfelt conversation between Morgan and Alex from a flashback scene not present in the final game, tagged as "Flashback: Morgan Remembers Arriving".