From The Cutting Room Floor
< Proto:Yume Nikki
Jump to navigation Jump to search
This page contains changes which are not marked for translation.
Other languages:
English

This version was dumped on October 20, 2018 by Gatobot of team #LaInvestigaciónYN, having been found on a magazine titled フリーウェア年鑑2005 (Freeware Almanac 2005).[2] 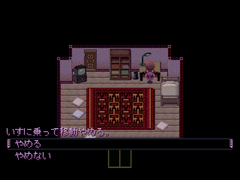 Many maps went through some degree of change between v0.04 and v0.10's release. Some locations did not exist yet, which also means that the events specific to those maps have not been implemented. The dream world is overall more interconnected, with a lot of worlds having gates that gradually lead into other locations that you would have had to return to the Nexus to access.

A pink gate that later went unused in v0.10 is used in a great number of maps in v0.04, along with a purple gate that is used in v0.10. It is important to note this because very few unique gate/map teleporting graphics exist at this point, so in most cases they will be the only kind of gates that you see.

Most of the events have not been added into the game yet, mainly due to their maps missing. Their respective graphics did not exist at this point.

Two debug maps exist in the game. Both maps would remain in v0.06, but only the Main Debug Map would be present in v0.10. 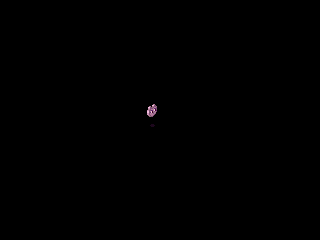 A very bare-bones version of the debug map that's in v0.10. The only thing that can be done is collect all 20 effects from Nekoin. No other events are scripted in this map.

Oddly, Nekoin is set to teleport the player very far outside the boundaries of the Static Maze at coordinates (68, 12). The actual size of the Static Maze is 20×15, suggesting that it used to be much larger, or that a different map once had the same ID.

Since this map is known as "Test Map 2" in v0.04, it's likely that there were other test maps that were removed before this version was released.

Internally known as Stairs, this map just contains a flight of stairs. Interacting with the space in front of them causes Madotsuki to climb down them. The event to the left of the stairs has no commands within it.

This map is not under any folders in v0.04 and is loose.

The music that would later be used in the FC Demon's room is fully intact and unchanged from later versions.

In v0.04, the boombox used at the Toriningen Party is not animated and has a different design. Graphics for this boombox still remain in later versions, but are unused in favor of the new animated boombox.

The tree used outside FC House has a different design. It remains in v0.10, but is never used anywhere.

Every mugshot in the FaceSet folder had a very subtle blue background instead of a black background. v0.04 also has three more empty mugshots.

The light that is visible at the bottom of the ladder in the Static Maze is drawn differently. This version still exists in v0.10's FC World ChipSet, but is unused.

Versions prior to v0.09 use a taller traffic cone. This iteration also exists in v0.10, but is unused in favor of the shorter kind.

Retrieved from "https://tcrf.net/index.php?title=Proto:Yume_Nikki/Version_0.04&oldid=1215472"
Categories:
Cleanup > To do
Subpages