Saints Row takes the usual open-world crime-ridden Grand Theft Auto formula, except it places a bigger emphasis on street gangs, doing odd jobs to progress through the story and character/vehicle customization. Despite having a few oddities, it manages to be fun in its own way.

For a first entry in the series, it slowly became rather obscure due to not getting any other ports considering further developmental troubles and the loss of source code.

A vehicle that never spawns ingame, but can be obtained via cheats. 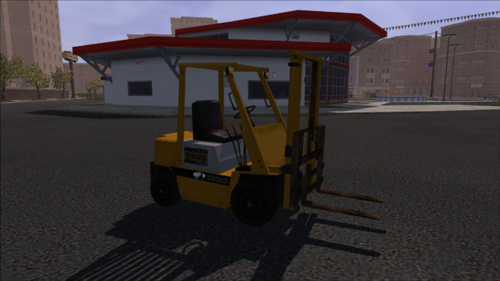 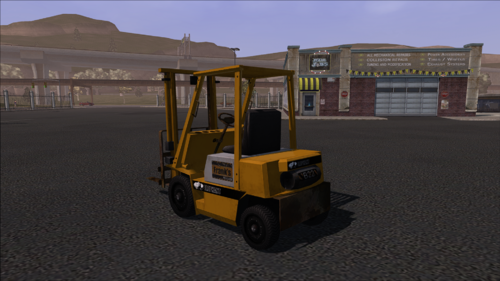 A vehicle based on The Job, except with a stripper pole resembling the reward variant. Oddly, it comes in three different preset colors. 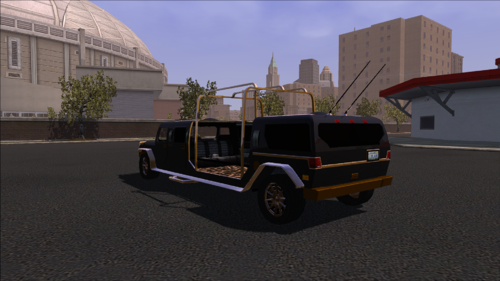 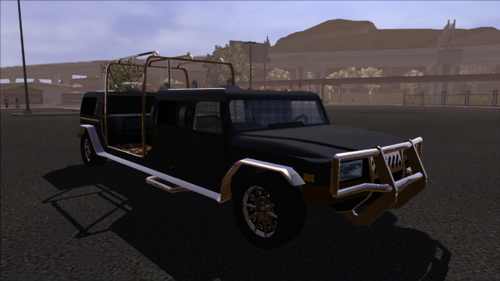 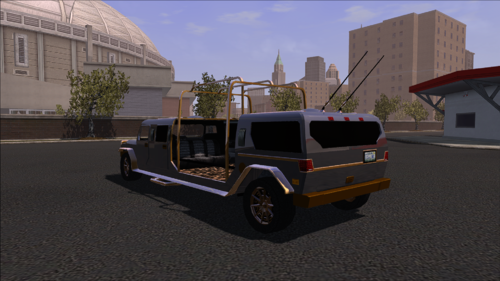 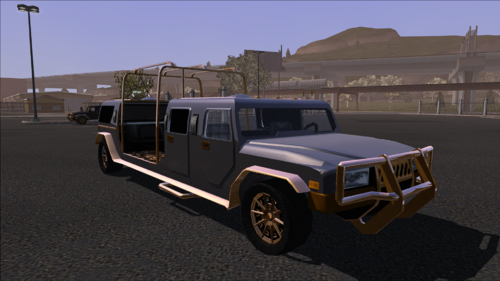 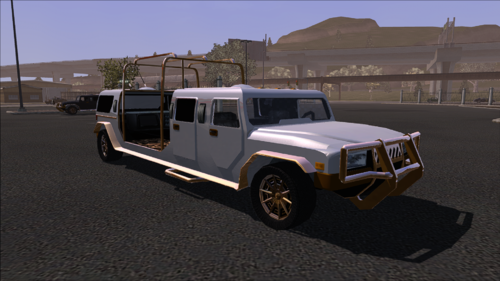 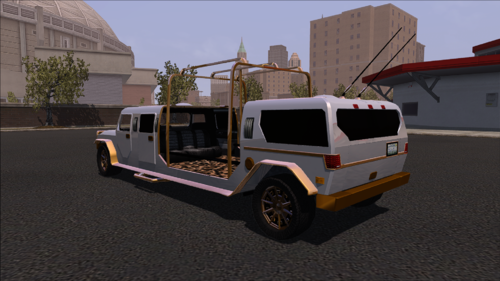 A vehicle resembling the Peterliner, except now with a different body, and is equipped with nitrous by default.

Some filenames refer to real-life brands and copyrighted material, which were all obviously used as placeholders before they settled with ficitious logos;

A handful of graphical and textual filenames have earlier names for specific elements;

A handful of cutscenes have "V_" attached to the end of them, ranging from V2-V5 which potentially shows that it has gone through revisional changes throughout development. There is further evidence of it from the Demo Version.

The siren sound effects for the Ambulance actually uses FIRETRK_SIREN_LOOP, as opposed to AMBLNC_SIREN_LOOP in the final. The only existing "fire truck" in the game, the Nightngale reuses the SFX from the Five-O. It was likely changed to give the Ambulance a distinct siren sound.

In the "teams.xbtl" file, there are references for two more gangs, referred to as the "Dragonz" and "Kingz", while the Vice Kings are referred to as the "Vice Lords" in the file itself. As this is the only mention of a fourth and fifth gang, it's safe to say they were possibly scrapped early in development.

There are hidden Statistics that cannot normally be seen in the game, those include;

Though not unused, the target for the Theft Diversion uses this otherwise-repurposed Activity icon (map_start_theft) rather than the usual blips on the radar.

Though not unused, the filename (b46_sign_wo) refers to it as a texture for a sign rather than as a poster. In the E3 2005 build, there was originally a sign for Rim Jobs but was removed in the final.

The Goliath used in the Westside Rollerz arc final mission "Semi-Charmed Life", actually spawns in Copperton after completing it. Though it's driveable, it cannot be obtained or customized as it will be too big for a garage. If the vehicle is destroyed, it will never be respawned ever again unless the player reloads their save with it, untouched.

There are traces towards a secondary car dealer found within the files and game. Many of the hints below point to Novin Used Cars, located in the Barrio district being an actual car dealer.

The element may have been scrapped because it would be easier to steal used cars on the street than just buying them.

The final Vice Kings arc mission "All the King's Men" has text strings for five different cutscene titles (vk09_scene01-05), but only three of them occur during the mission. vk09_scene04 and vk09_scene05 "happen" during the "Tanya's Fall From Grace" cutscene, in order for multiple locations to be loaded.

In the Barrio District, there are two sound emitters used outside of a Vinyos y Licores building located in Cecil Park across from around the District's Stronghold. It is called "AMB_INT_MZK_HAIR_BR", implying it was supposed to be used inside the Do It Up Hair Salon in Southern Cross and "AMB_INT_MZK_PAWNSHOP_BR", implying it was intended for a cut pawn shop interior related to the Theft Activity. The fact it's labelled as an interior sound is also rather jarring.

Within the files that store graphics for the world, sr_chunk25-29 are missing. sr_chunk24 contains graphics for Wardill Airport while sr_chunk30 has graphics for Sommerset. Judging from the similar layouts, its safe to say that the missing chunk files could be applied to the scrapped bigger airport location that was shown in prerelease material.

The missing chunk files are leftover in chunks.xbtl;