Being the sixth game in the Senran Kagura series, Senran Kagura: Estival Versus is about dealing with the loss of family members. But also about boobs and butts.

A placeholder image called "Adv_bg000" for a background in cutscenes. It appears once under \GameData\Ui\2d_bg (used for cutscene animations) and 26 times in \GameData\Ui\Adv_Illust\adv_ilst_bg000 (for cutscene illustrations). Fittingly, the image says "イラストがありません" ("An illustration does not exist"). 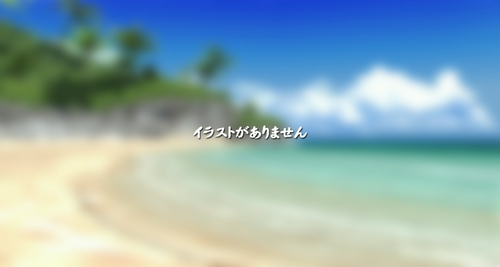 This next one is a cropped version of an illustration from Senran Kagura Burst. This image exists 9 times under \GameData\Ui\Adv_Illust and 92 times as preview images under \GameData\Ui\datactgl_icon_swap. The image is labeled with a rather crude pun: "イラストが無いので、こちらの絵で我慢汁", which translates to "There's no illustration yet, so gaman shiru with this picture". This is a play on "gaman shiro" (which in this case would mean "make do") and "gaman shiru"/"gamanjiru", "～ shiru" mean "～shiro" (do it) that net slang in 2ch, "gamanjiru" meaning... "precum". Yeah.

A placeholder image called "Ist_0000", found in \GameData\Ui\Adv_Illust\adv_ilst_demo000. It looks like it would've been used if the game wasn't asked to load a specific cutscene image. A cutscene preview image (with the same name) for this exists in \GameData\Ui\datactgl_icon_swap.

Yumi is saying "だめ!絶対!" ("No! Absolutely not!"), while the sign she's holding reads "レイアウト用0番NULL画像です。表示してはいけません。" ("This is the #0 NULL Image layout. Do not display.")

Found in \GameData\Ui\dress_room, it appears that the PS4 version was planned to use the PlayStation Camera instead of the touchscreen or the control sticks to control the hands for the Dressing Room minigame. The player's hands in the help image also look more human compared to the final game's glove hands that have a ball palm with long fingers.

According to filename.bin, there's a ton of files that once existed but were deleted. There's too many to name, so only a few will be listed: