Senran Kagura Reflexions is a spin-off dating sim in the Senran Kagura series. It only features Asuka from the start, deletes almost all the other girls, and four other girls (Yumi, Murasaki, Yomi, and Ryona) as DLC, along with strange ways to "play" with them. 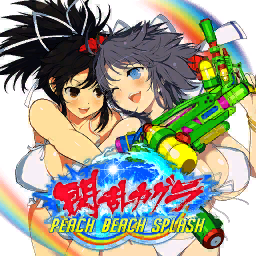 Present in the test folder is an early icon of the previous game, Peach Beach Splash, in icon0.bntx. It only has some shading differences from the final. The size of it seems to represent the Switch menu's game icons, so it may have been a placeholder for it. This, and everything else in the test folder, is still present in Peach Ball, and removed in the PC version. 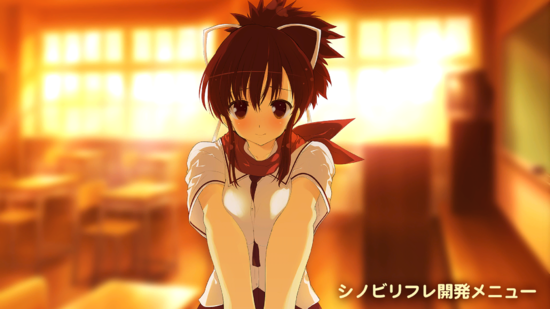 All of the character heads from Peach Beach Splash, except the unused version of Super Sonico, Bashō, and Neptune, are still present, including all of their weapons and hair models. All of their outfits have been removed, except for Haruka's for some reason. All the boss models also still exist, like the giant Ryona boss model.

Strangely, Ryona's dog outfit that would later appear in Peach Ball, is present in Model/Freecos/109_00.cat, along with colors for it. This one however is a slightly early version, but the model itself has no differences. All that's different is there's additional textures, such as the bra texture, which normally uses a blank dummy texture because it's loaded from a different file. They use Asuka's texture for some reason. Interestingly, the texture file's name in Peach Ball was changed to freecos109_00_v2; v2 meaning the texture file was updated.

A small program was left in the game in the DebugData folder. It's called "MakeTool", which has a bat file called MakeStruct.bat. When used normally, it doesn't really do much except make a 0KB file simply called "KAGURA". A CopyHeaderToSource.bat is also present, but doesn't do anything.

There's also a readme.txt file which says how to use the program, though it's referring to a PS4 version, most likely Estival Versus.

The text translates to:

Amusingly, this is still present in Peach Ball. However this was removed in the PC version.