Shadow Man Remastered is a remaster built off of the reverse-engineered source code of the original Windows release as well as the source code of the less-than-stellar PlayStation version. Not only does it have improved visuals (with a plethora of options) and controls, but it also restores a variety of content that never made it into the original release. Most notably, three levels were rebuilt according to original documentation, with composer Tim Haywood returning to create new music for them.

Some unused content from the original Shadow Man found their way into the remaster as well. All of the following are found inside ShadowManEX01.kpf.

SHADOWS contains placeholder data for the Book of Shadows, which contains concept art and is unlocked after collecting all 120 dark souls. 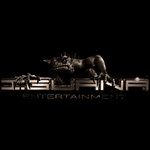 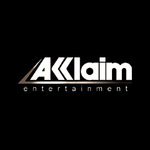 Logos for Iguana and Acclaim. Unused in the original.

The logos for Acclaim and Acclaim Studios Teesside that were used in the original game, but not here. 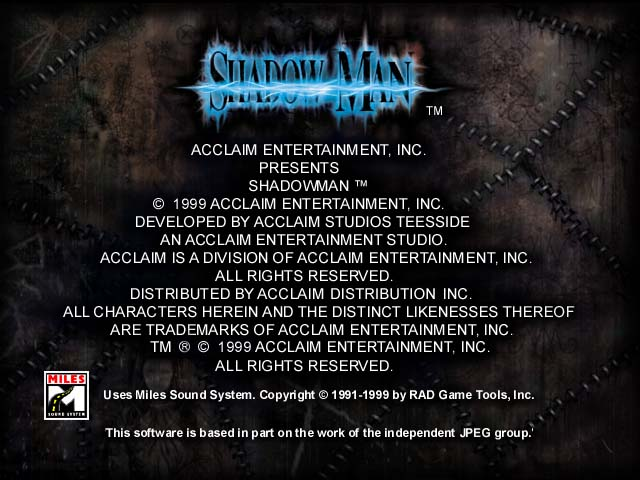 The copyright screen from the Windows original.

An alternate inventory icon for the teddy bear, also unused in the original game. Despite also being found in the HDTextures folder, it's just a copy of the old icon.

The scripts for these two menus from the Windows original are still here, but non functional.

"Play as Bloodshot" is listed among the other cheats, but as of v1.4 no graphics for him exist. Bloodshot is another character from Valiant's comics, and this cheat was originally found in the Nintendo 64 and Dreamcast versions. You can still toggle the cheat on by typing g_bloodshotmode into the console.

Several normally-inaccessible areas can be loaded into with the testlevelload ## console command. 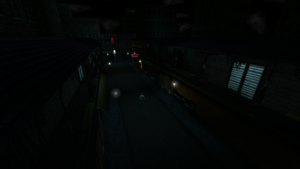 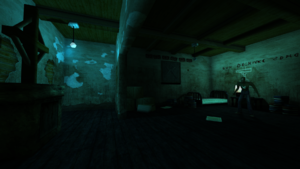 The street in front of The Wild at Heart, includes Nettie's room. Featured in the intro cutscene, hence the name. A cop car without collision loops around the street. 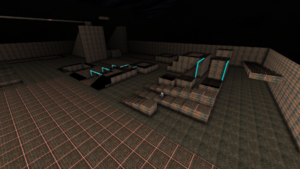 The test level from the Windows original, with a few new objects (the cyan bars). 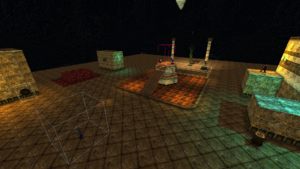 A brand-new map for testing mechanics. 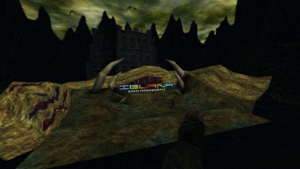 For the previously-unused Iguana logo sequence. Unlike the original, it now has collision! The animation with the iguana and the deadsider loop when in the level. 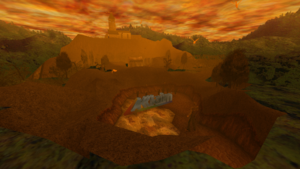 For the previously-unused Acclaim logo sequence. 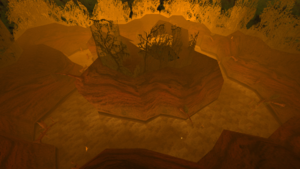 An isolated, circular area of the swamp. Oddly enough has a few voodoo pickups along the water. Was present in the debug menu of the Windows original, but would crash the game when trying to load. 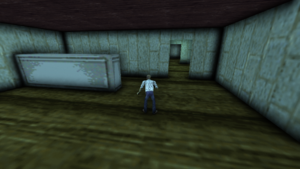 A test level similar to the one found in the N64 version.