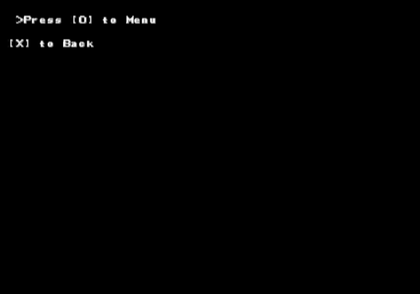 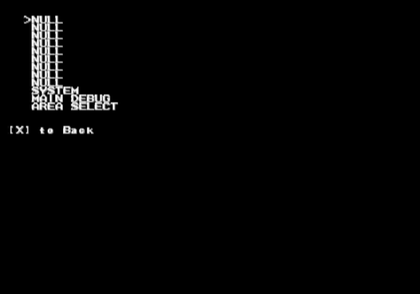 A decent sized debug menu can be re-enabled with the below code. This allows you to select any level in the game, as well as toggle debug information, and unlock various options. With the below code on, press L3 at the Press START button screen. You can also press L3 over the New Game option as well to access a quick start menu.

Normally this debug menu would have been accessed by the following methods but cannot be anymore because the game disables controller 2 inputs:

Doing those steps would have enabled the debug menu without the use of cheats. 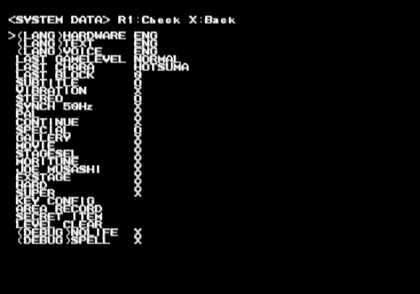 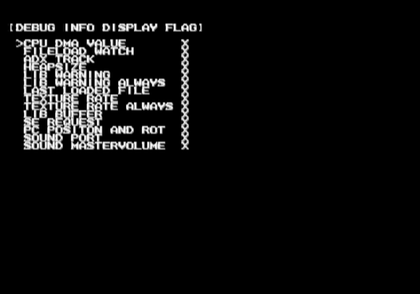 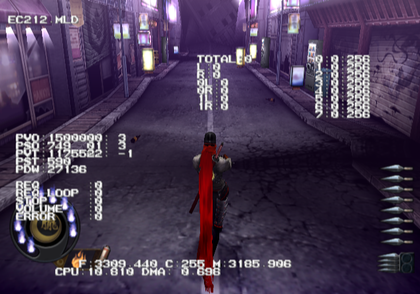 This menu allows you to toggle various debug information on-screen. 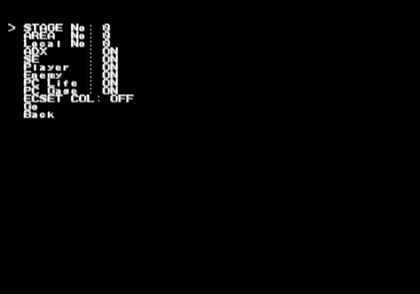 This menu allows you to warp to any map in the game, assuming you know their correct map IDs. This also allows you to toggle various map settings on or off. Setting the PLAYER option to off will allow you to enter a free camera state. 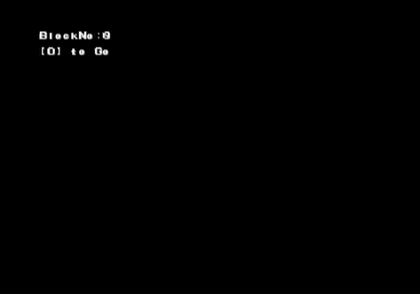 Pressing L3 over the New Game option in the main menu will allow you to enter this menu. This allows you to quickly jump into a map based on story progression.

Using the AREA SELECT menu, you can easily warp to these maps. When selecting any of these maps, you will need to turn off the SE and Enemy options. These maps do not contain those files and will fail to load if the game tries to load them. 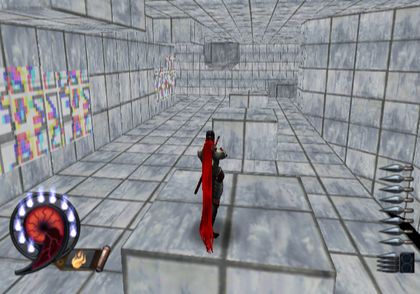 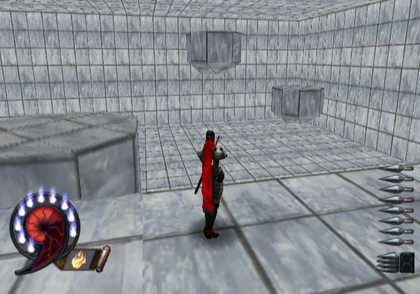 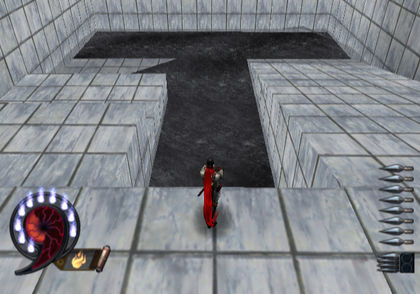 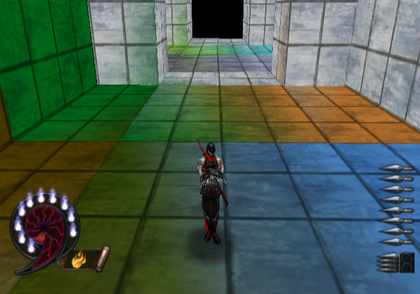 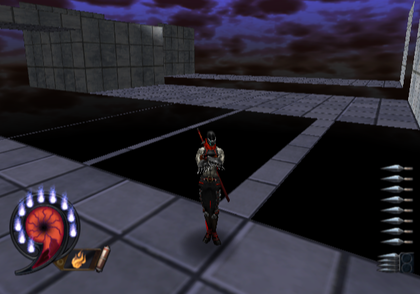 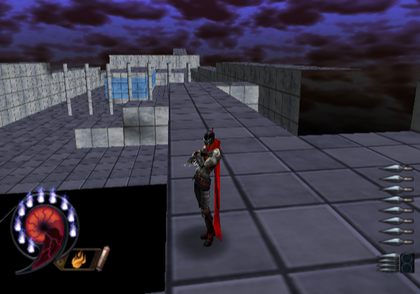 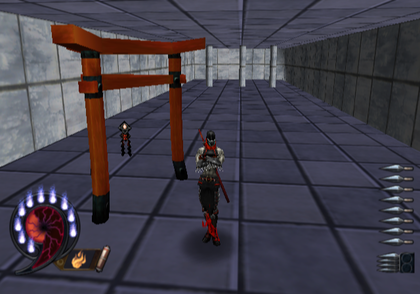 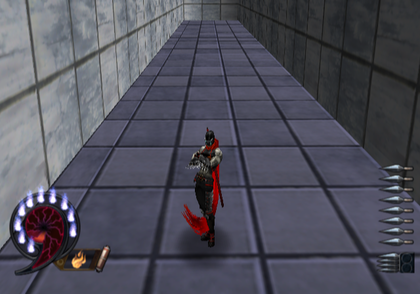 Another test map which contains various walls which you can traverse.

The game had the following difficulty settings in the Japanese and European versions: Easy, Normal and Hard. Easy was removed entirely in the US version, which shifted the collectables from Normal to Hard and added in an extra "Super" difficulty with the Hard mode collectables. Super is the only difficulty where default character Hotsuma can't kill the later bosses in one hit.