The Master System Shinobi is a conversion of Sega's classic ninja-themed side-scrolling action game for their own 8-bit console. This version differs mechanically from the arcade original thanks to the inclusion of a life gauge, the ability to carry more than one Ninjutsu art, and various new powerups. All of these new features were later carried over to the game's own Genesis sequel The Revenge of Shinobi.

Unfortunately...the conversion team forgot to include the ending. 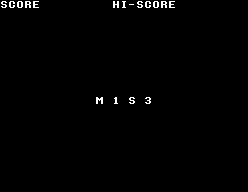 There are three ways to access the stage select, all on the title screen:

After entering either code, select which stage to start at by pressing Up or Down and then 1 or 2 to confirm.

These unused music tracks were published in the 2009 album Legend of Joe Musashi: Shinobi Music Collection (catalog number WM-0626-9). Most of these are renditions of music from the arcade version, with only one exception. The Master System version's soundtrack (including these unused tracks) was composed in two versions: standard PSG renditions, and enhanced renditions that utilize the "FM Sound Unit" peripheral released only in Japan.

Press Up and 1 on the title screen for the sound test.