Sly Cooper and the Thievius Raccoonus

Sly Cooper and the Thievius Raccoonus is the first game in the Sly Cooper series, in which Sly and the gang face the Fiendish Five to steal back the pages of Sly's family book. 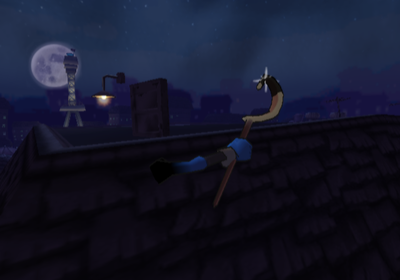 A copy of Sly's arm holding a cane can sometimes get stuck on one of the nearby rooftops when you skip the intro cutscene in "Paris, France". 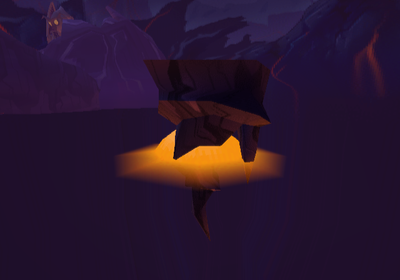 "A Hazardous Path" has a bubble of lava impaled by a stalactite floating out of bounds. It can be found off to the right from the start of the level. 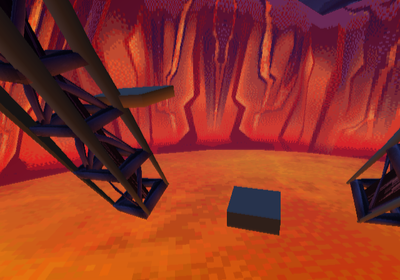 Also in "A Hazardous Path" are these textureless gray boxes hidden at the base of the low-poly security tower in the distance. 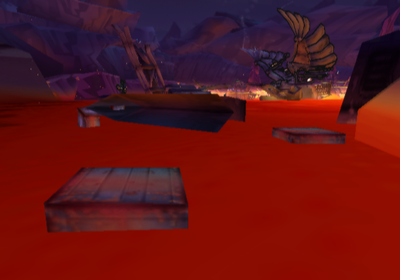 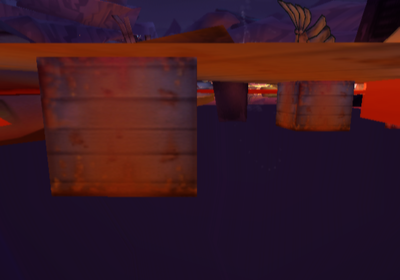 In "A Strange Reunion", these two crates can be found floating in the lava behind where you spawn in phase three of the Clockwerk boss fight. They are hidden inside another setpiece which is not visible in these screenshots due to backface culling. 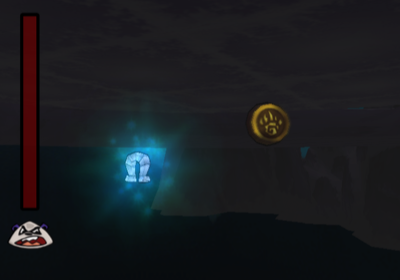 A coin and a lucky charm can be found floating below the dojo in "Flame Fu!" 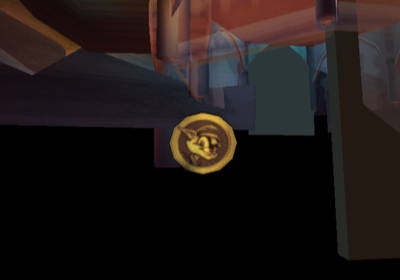 This coin is stored below the lava in "A Daring Rescue". 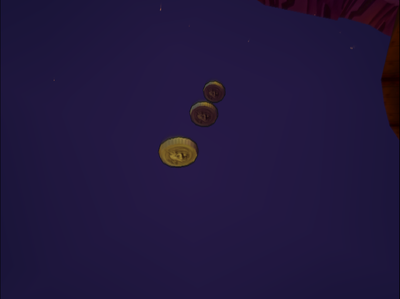 3 coins are stored directly below the tower in "Sinking Peril". 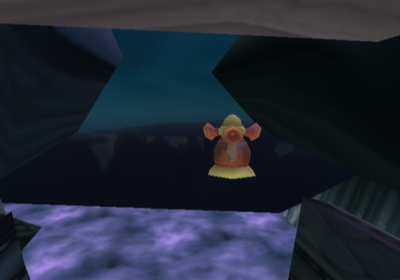 This alarm is hidden inside the pagoda at the end of "The King of the Hill". 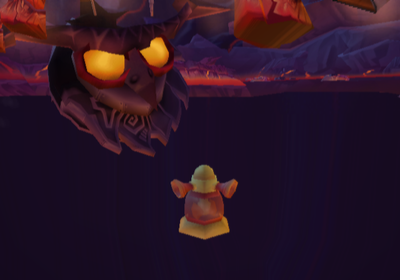 In "A Strange Reunion", during phase three of the Clockwerk fight, the alarm that controls the laser beams is hidden below the leva.

Behind each of the five world maps in "The Hideout" is a group of small cubes arranged in a 3x3 grid. The number of cubes behind each map corresponds to the number of levels in that world. World 5 is the only world with fewer than 9 levels, and the position of the missing cubes on its grid is consistent with the map IDs not used by that world (i.e. World 5 does not have levels with map IDs of 3 or 5, so the third and fifth cubes are absent).

Bentley has several voice lines that aren't used in the final game. Most of them have text subtitles, but they were not localized into any other languages.

This powerup would have allowed you to set a waypoint anywhere in a level and teleport to it at will. The filename is vapup2teleportbnt.vag, suggesting it may have been the second powerup unlocked. For some reason, the audio is repeated twice.

This powerup would have allowed you to teleport between the checkpoints in a level. The filename is vapup9checkbnt.vag.

This master thief technique behaves like coin magnet, but for clue bottles. While it is active, bottles will break when you get near them without actually touching them. The filename is vapup12cluebnt.vag. This powerup is not unlockable in-game, but it can be enabled through memory editing. In the NTSC version, change bit 0 at address 2027DC12 to 1.

This unused dialogue answers Bentley's earlier question as to why Raleigh would want a storm machine. The line may have been scrapped due to the answer being obvious, or to leave it up to the player's interpretation.

Treasure in the Depths

This audio file is called ripi09.vag, which is a reference to uw_rip_off, the internal name for the level "Treasure in the Depths". This line is unused in the final game because the number of chests you need to collect never changes. However, this line is used in the May 2002 Prototype version of the level.

An unused vault combination. Some background noise can be heard on the recording, and its filename is vcom320.vag. In the May 2002 Prototype, this line and combination are used... for four separate vaults!

These two lines feature Bentley telling Sly he needs to collect more clues before he can open a vault. They are called vgmt.vag and vgol.vag, respectively.

This seems to be an “alert” version of the Paris background music, but it's never used. It was remastered for the PS3 version despite still being unused there.

The game contains several debug codes that went undiscovered for nearly 18 years.[4] There are 9 codes in total, and the developers have confirmed that they are debug features that were meant to be removed before the game's official release.[5] 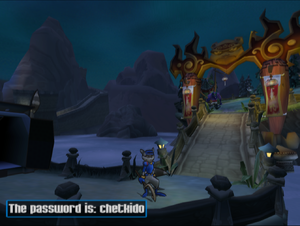 Entering this code under specific conditions will show a pop-up message that reads, "The password isː chetkido". The conditions are:

It is unknown what this password was ever intended to be used for. When asked what it means, one of the developers said it was merely an inside joke among the dev team that was left in by mistake.[6]

The word "chetkido" is actually encrypted in memory. It is stored as "@KFWHJGL", and when the code is entered, it decrypts the text using a XOR cipher with 0x23 as the key.

There is a debug flag in the game's memory that, when set, make Sly fully invulnerable. While enabled, Sly will ignore all damage, he will never be knocked back by guards or level hazards, and he will always have Water Safety and Fall Safety. To enable it in the NTSC version, use a memory editor to change bit 0 at offset 0x262C64 to 1.

While external tools are required to activate it in the final version, the E3 2002 Demo has a debug code to enable it.

The level “Dread Swamp Path” has a debug trigger out of bounds. The trigger is suspended in the void behind the gate at the end of the level. Entering this trigger restarts the level from the beginning.

The Japanese version has a demo reel of the game that plays after being inactive on the title screen.

A unique theme song called "BLACK JACK" by Tokyo Ska Paradise Orchestra can also be heard in the Japanese version, which plays both during the demo reel and the credits.

The game uses a checksum to determine if the player is using a modified copy of the game. If it does, the following anti-piracy measures take effect.

Pressing the Circle button while jumping to grab a rope or hook does nothing, making climbing impossible. This happens in two stages:

After an FMV has been played for three seconds, the following restrictions are placed on the game's vehicles. Since the game starts with an FMV of the Sucker Punch logo, these are triggered when the game is booted.

The key counter will not increase when collecting a treasure key. Since you need a certain number of keys to reach the next area, this effectively stops you from progressing.

In the level "Into the Machine", if the player spends 1 minute and 27 seconds in the final section of the map, an invisible wall of fire will appear which makes the level impossible to complete. If you save the game while this measure is active, it will become permanent, rendering the save file corrupted.

The following strings can be found within the game executable. They are the build user, build date, and build ID, respectively.