The 25th Ward: The Silver Case

The 25th Ward: The Silver Case is a full expanded remake of the original 25th Ward, an episodic visual novel that was only released on Japanese flip-phones (making it lost media nowadays, as you can imagine). As its title indicates, it's a sequel to The Silver Case and Flower, Sun, and Rain.

Various images that were left over from the mobile version of the game and are not used in this version for one reason or another. Note that, due to not being able to actually access the mobile version in any way, the precise differences between their usage cannot be determined with perfect accuracy.

Pictures of the 25th Ward sinking for use in *05 MISOGI. In this version of the game, this sequence is represented in the 3D environment instead of with art cuts, so these pictures go unused.

Some (but not all) of the pictures used for backgrounds in the mobile version. In this version, these areas are again recreated in 3D, so these pictures also go unused. 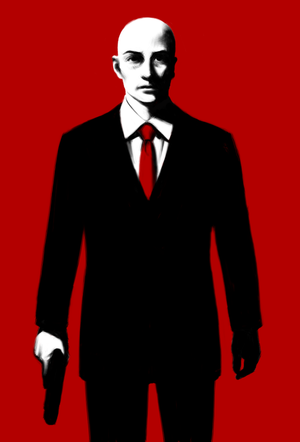 This is an unused depiction of Shiroyabu after he death-files in #03 boys don't cry. It's framed in the same style and type of pose as the seven hitmen who you fight leading up to his transformation.

black out
#07 black out, the final chapter, is all-new to this version of the game, and art cuts in the files show alternate unused versions of it.

The final version of the game depicts the aftermath of a battle between Kosaka and Hatoba from a previous chapter, in which Hatoba won. However, art exists for a scenario in which Kosaka is still standing. In fact, their depictions are so similar that it looks as if Hatoba was hastily drawn over Kosaka. Strangely, the pictures of Aoyama and Akama used in the final version actually are from the otherwise unused image.

This is despite the fact that a rough image that contains Hatoba, Aoyama and Akama all together also exists in the files. This rough version makes it even more obvious that Hatoba was drawn over Kosaka; Hatoba is also on the wrong side of the barrier compared to the final. The picture of Kosaka being dead is used, but only the middle; the sides of it with the sad Aoyama and Akama are not used.