The Last of Us Part II

The Last of Us Part II is the sequel to The Last of Us, starring Ellie as she goes on what the advertisements refer to as a "roaring rampage of revenge" against Joel's murderer. Though the third-person shooter gameplay is as solid as ever, its story and several game design choices have made it... somewhat contentious among fans of the first game.

To enable this, you'll need a jailbroken PS4. Exploitable Firmwares are 1.76 to 7.55

The offsets to enable it through hex editing the decrypted eboot.bin executable are: 1.00 0x1D6398 75

Note for clarification: All offsets on this page will be for the unsigned .bin, if your eboot.bin does not say ELF at the top when opened in a hex editor, it's still signed and the offsets will be different.

This modifies the scale of the debug menu to be closer the that of previous games, as the current scale is too small for most people to use comfortably 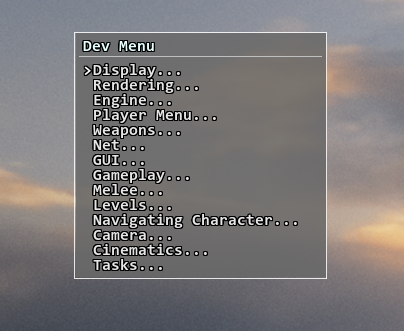 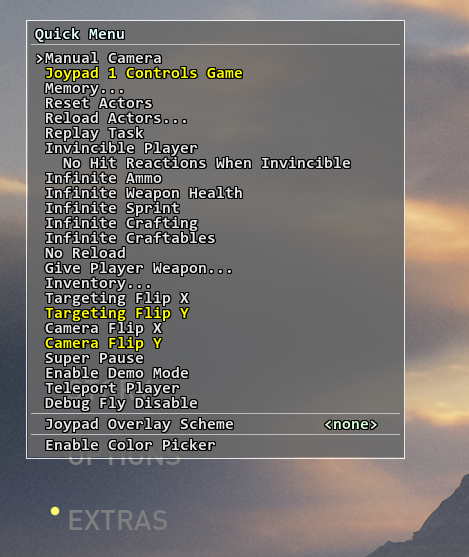 There are hundreds of .bin test scripts left throughout various subfolders in the game's bin.psarc > dc1 folder. Some of the more interesting things are scripts relating to the factions 2 mode that had some gameplay leak in 2020 including an emote wheel.

There are also scripts referencing a screamer enemy type, a motorbike, multiple interactable oil drums, one clealry for shooting and another that's unclear, some throwing knives, and a mamma bear & baby bear pair just to name a select few.

In previous Naughty Dog games, the blockmesh stages were removed from the retail disc. But luckily for us, it seems they forgot to do so with this game. There are 177 'levels' on disc with blockmesh maps. To see these maps for yourself you need to have access to the dev menu (see above). You then need to edit pak68.txt and replace the list of regular maps with blockmesh maps, so you can 'trick' the game to load them in. These stages are mostly just conceptual level design before the art team comes in, but sometimes additional parts of the level can be found which ultimately weren't included in the final game.

It seems originally that the Santa Barbara area was supposed to have more playable areas, particularly in the "Pushing Inland" and "The Resort" chapters. You can see some of this in this video, starting from 5:40.

The dance cutscene was supposed to be playable in which you could talk to different characters, play pretend as a clicker with kids and much more. It was ultimately cut because it didn't progress the story, according to the writers. [1] A very early concept of this festival in-game can be found in this video, starting from 3:00.