From The Cutting Room Floor
< The Legend of Zelda
Jump to navigation Jump to search
This page is a translated version of the page The Legend of Zelda/Console Differences and the translation is 11% complete.
Other languages:
English • ‎日本語 • ‎한국어

このページは The Legend of Zelda のサブページです。

There were a few changes between the Famicom Disk System, Nintendo Entertainment System, and Famicom cartridge versions of the game.

The title of the story was changed from "Legend of Zelda" to "The Legend of Zelda". However, the foliage next to the title wasn't updated to accommodate for this change.

For the NES release, the "Bible" was renamed "Book of Magic". The Japanese re-release on cartridge keeps the NES name change, but the Katakana text still says "Bible". In addition, the English text for all the items is blue instead of white in the Japanese versions to more easily distinguish the languages from each other.

The sheet of paper / sign Link is holding was slightly modified when the English text was added, and the spacing between text and the Triforce was also reduced.

For the NES release of the game, Kill Mode was renamed Elimination Mode. 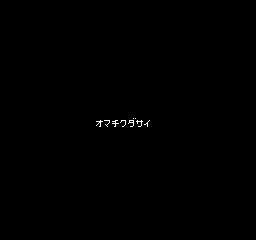 When you change disk sides or save your progress in the FDS version, a loading message appears in Katakana text, translated to "Please Wait".

All the dialogue text appears right-aligned and starts right above the characters heads in the Japanese versions, sort of like a speech bubble in a comic (only without the bubble). In the NES version, the text appears centered for the most part of the game due to space constraints. The space between rows was also changed in order to fit three rows of text instead of two.

Game Over / Save Option Menu

The Game Over / Save Option menu was slightly re-positioned for the NES version and yet again for the Japanese re-release where the options are spaced further apart. The cartridge versions' text flashes when you select something, this does not happen in the FDS version.

A black outline was added around the Zora sprite to make it more visible. The eyes and mouth were also redrawn.

In both the original FDS version and the Japanese re-release on cartridge, Pols Voice is invulnerable to arrows, but instead they're extra-vulnerable to the Famicom's built-in microphone feature. As the NES' hardware (in both the original 1985 release and 1993 redesign) lacked this feature, it was instead given a weakness to arrows. Besides their unique weakness between versions, they can also be defeated the hard way with the sword in all versions of the game.

It's worth noting that support for the Famicom microphone feature remains in the NES version, as using an emulator with the microphone ability enabled will also work.

Two dungeon rooms in the game have additional enemies in the NES and Famicom cart version.

Eight Keese were added to this otherwise empty room of Level 4 (First Quest).

And again, there are eight Keese added to this room of Level 5 (First Quest).

The compositions are often much richer in the FDS version, due to the use of the system's wavetable sound channel.

In the FDS version, there is no secret discovery chime when pushing the blocks that open the doors in the dungeons, a little odd given that it was present in the FDS-prototype version and again in the NES and Famicom re-release versions.

Whenever you move the cursor on the Game Over screen in the FDS version it resets the musical loop for some reason, this was corrected in the NES and Famicom re-release.

The FDS version has more bass beats before the rest of the tune begins. In the NES and Famicom re-release, it proceeds straight into the melody, which effectively makes the musical loop more seamless in the NES version.

The FDS version utilizes the system's wavetable sound channel for many sound effects as well.

The sound the bosses make that is heard whenever you are close or inside their rooms.

The sound for items that appears when clearing a room of enemies.

This is also heard when moving the cursor on the File Select and Inventory screens.

When Link dies, there's more of a series of sound effects in the FDS version as opposed to the little theme that is heard in the NES and Famicom re-release.

Picking Up Hearts And Keys

Moving The Cursor On Game Over Screen

The FDS version uses the same sound for moving the cursor as in all the other menus in the game, the cart versions changed it for this particular screen.

(The cart versions uses the same sound effect as when a projectile hits Link's shield.)

The game was re-released for the GameCube in 2003, the Game Boy Advance in 2004, the Wii Virtual Console in 2007 and the Wii U Virtual Console in 2013. The emulations are all altered with a new translation, in an attempt to reduce the amount of Engrish. This altered version of the game, oddly enough, didn't make the cut when the game was released on the Nintendo 3DS, which instead uses a modified US PRG1.

A few lines of text in the game was somewhat corrected as well:

When you pick up the Triforce and the fragments in the original version, the screen flashes rapidly. In the updated versions, it was greatly reduced to prevent seizures.

In the GBA and GameCube versions, when the game is paused, a small, black box that says "PAUSE" appears. This does not occur in the NES / Famicom cart or FDS versions.

The game was also re-released in Japan on GameCube in 2004, and later on the Game Boy Advance, Wii Virtual Console and Wii U Virtual Console. The Japanese re-release is based on the original FDS version and was given the rewritten intro from the international re-release, along with an updated 2004 copyright. The Japanese 3DS VC version, similarly to the international 3DS version, opted to use the unaltered Famicom cartridge version instead of the 2004 one.

It is a near-identical emulation of the original FDS version, but at least one weird audio glitch can be heard in the dungeons: namely, the sound the bosses make that is heard whenever you are close or inside the lair has the same volume no matter if you are outside or inside their rooms. In the original FDS version, the volume was a bit lower when you were outside the boss room.