Splinter Cell is a stealth action game based on the works of prolific author Tom Clancy. As Third Echelon operative Sam Fisher, you must spy, steal, destroy, and assassinate across 9 missions in order to protect American freedoms.

Resources for a number of cut characters can be found in the Windows version of the game.

A resource for an unused weapon is in the game files. Note the filename as this may have been Sam Fisher's weapon instead of the SC20K. 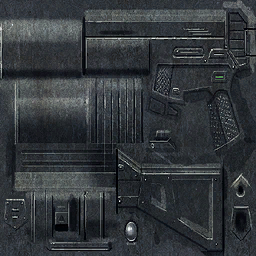 Several screenshots of cut levels from an early build of the game were left in the final build's files for unknown reasons. Worth noting is that one of these images shows a bald Sam Fisher.