Rainbow Six Siege is a Tactical 5v5 Online Multiplayer Shooter in the Rainbow Six Universe, where you can dress up as a Russian unicorn wielding a massive LMG with a Molotov launcher.

Originally intended to be used in the Y4S2 Operation Phantom Sight DLC for the operator Nøokk, the gun was never released. The AR-57 weapon stats were as follows

Main Menu View of the AR-57 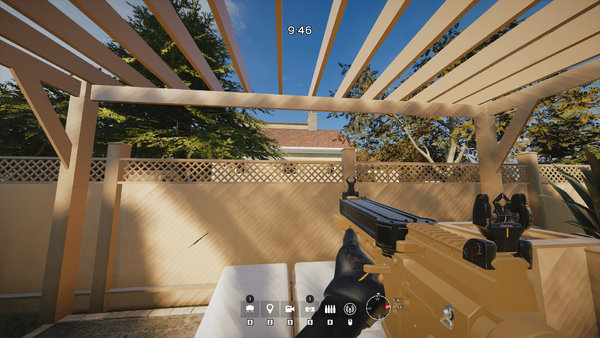 The TCSG-12 has a couple of unused barrels, probably removed for balancing.

A pose for Nøkk when using the P90 was added. Due to unknown reasons, the P90 was later scrapped, but the pose remains in the game files since then. 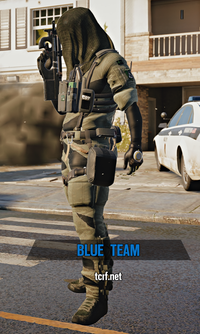 With the introduction of his rework, Tachanka lost access to the SASG-12 in favour of the new DP-27, althought the pose was never removed from the game files. 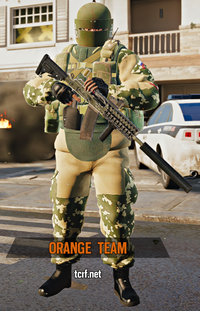 (File name: y0r6_logo_ubisoft)
Originally seen during startup, but rendered unused starting with update Y5S4.2, probably due to the game's logo being changed.