From The Cutting Room Floor
(Redirected from A Hat in Time)
Jump to navigation Jump to search
This page contains changes which are not marked for translation.

The story of a kid and A Hat in Time, on a quest to get back home in time for dinner and cookies. 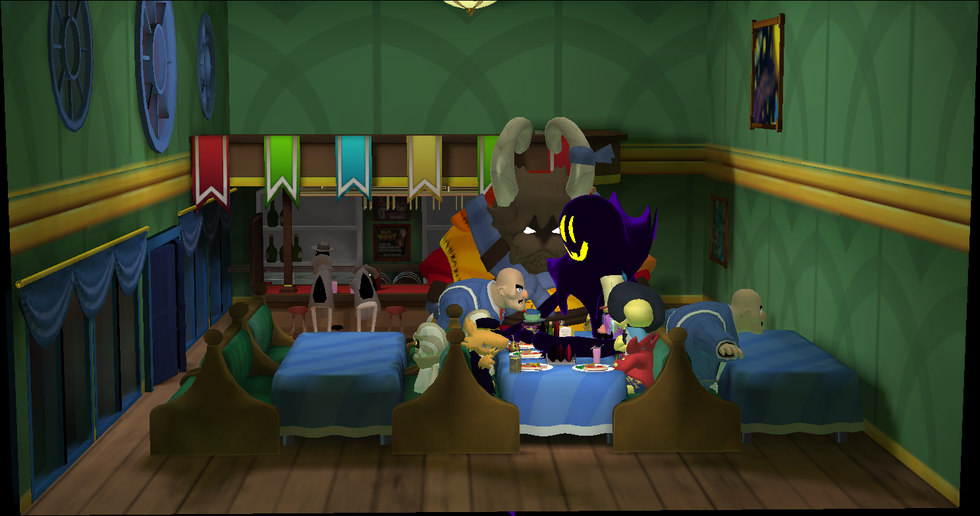 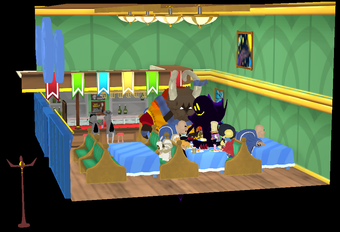 An unused cutscene that would fit well as a post-credits cutscene. This area is part of the same map that contains Hat Kid's sleeping "The End" scene, after the credits. Changing the in-game lighting reveals that there is a rogue coat rack hiding just outside of the scene. The room design shows that this scene takes place within Mafia Town. 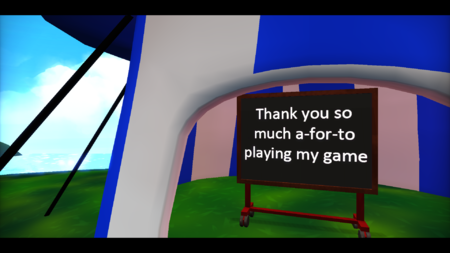 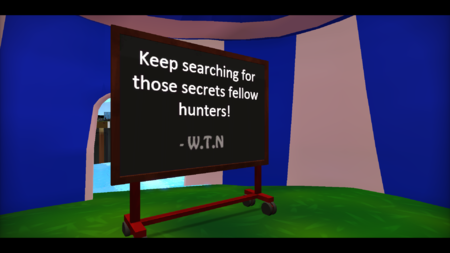 Hidden away in the credits sequence away from the player's view is a tent with a blackboard inside like those seen in the Alpha and Beta builds of the game, it features the thank you from Mario at the end of Super Mario 64 and a few words of encouragement from W.T.N, that being William T. Nicholls, the Gears For Breakfast's art director and level designer.

Unused cinematics from the Alpha trailer remain in the game. Within Mafia Town, there are four unused cinematics called cine1, cine2, cine3 and cine4. To see them, open the developer console and enter enablecheats. Then write ce <cinematic name>, and the cinematic will play.

In Mafia Town HQ has two strange unused cinematics called Bird and rs. The cinematic named Bird transforms the player into a rat. They can move and hit Hat Kid only if they are close to her. The other cinematic is in the kitchen. When it is played, the music stops and the camera zooms onto a Mafia cook working on some food. The cinematic's description calls it "Rhythm Segment". It might have been an introductory cutscene to a rhythm-based minigame of some sort.

A leftover from the Beta build of the game. It played on the title screen and file select screen.

A variation of the jingle that plays upon selecting who the murderer is in the act "Murder on the Owl Express". Judging by the filename, it would have played upon being caught in the stealth segment.

A variation of the tune that plays every time the player enters Hat Kid's Spaceship. As there is never an instance where the intro plays from within the pillow fort, this variation is unused.

The level introduction theme that would have played while starting the cut chapter "Sand 'n Sails".

An unused script about ties from the beta of the game.

A script for the unused cafe scene in the section above.

Hat Kid's diary can be found in her bedroom by using the Ice Hat on the pile of pillows. Since both the Ice Hat and the first few Time Pieces are required to access this area, these diary entries are rendered inaccessible:

An entry for the prologue and Chapter 1, Act 1.

An entry for Chapter 1, Act 3. Note that the words "Time Piece" are rendered with an icon and colorization.

One more is very difficult to see in-game, because you need to save and exit from Dead Bird Studios after getting the Ice Hat then get three more Time Pieces from Time Rifts:

An entry for Chapter 5, Act 1. The game never shows this entry due to a bug 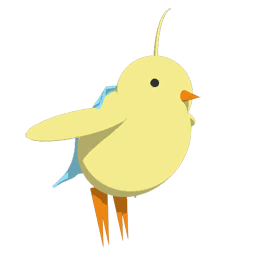 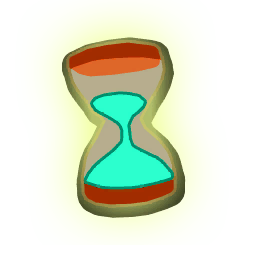 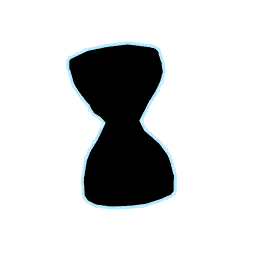 Menu icons for collected and uncollected Time Pieces. These originated from the Alpha build.

UI relating to "Badge Points", a function removed for the final game. Badge Points were only available in the Alpha and Beta builds. 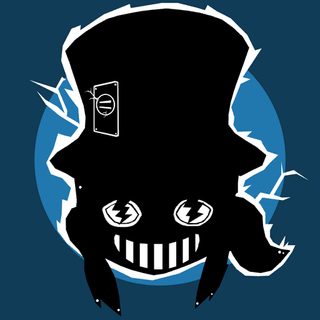 A texture for the now-removed Electro Badge. This badge appeared in pre-release builds of the game. 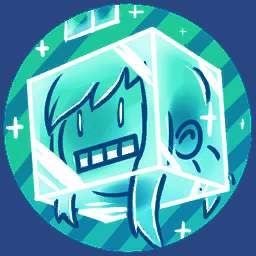 A badge that went unused for the Ice mechanic. Being eventually replaced with the "Ice Hat" in the final game. It was formally known as the "Ice Statue Badge".

An early badge referred to as the "Owl's Brew Badge". It was eventually replaced with the "Brewing Hat" in the final game. 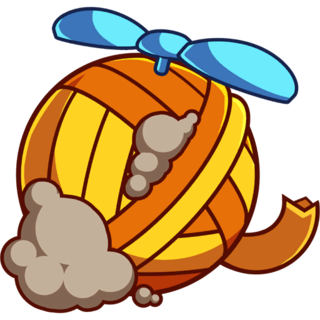 An unused UI image for Hover Yarn. The hover functionality was modified and delegated to a badge instead of a hat. 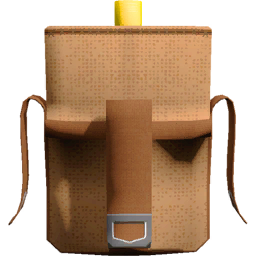 A placeholder UI icon for a water flask, using its 3D model. The water flask was not used for the final game, and was likely related to the "Sand 'n Sails" chapter before that chapter was turned into "Alpine Skyline".

A placeholder UI icon for the Dweller's Mask, using its 3D model. 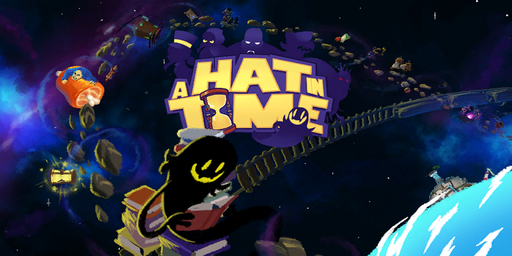 A concept design of the game's title screen. 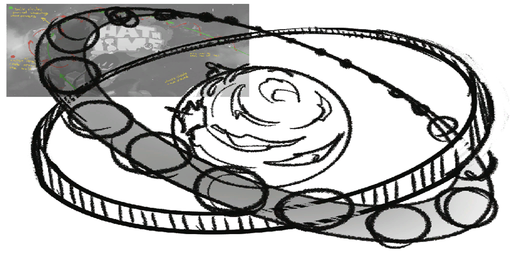 An additional concept design visualizing object paths. It contains some notes in yellow that are too small to read.

A watermark leftover from the previous speedrun event build.

Graphics found within the Alpha build of the game. Features leftover assets from the Prototype build.

UI originally used in the act: "'Barrel Battle'". It was modified in the Beta build of the game and removed completely in the final. 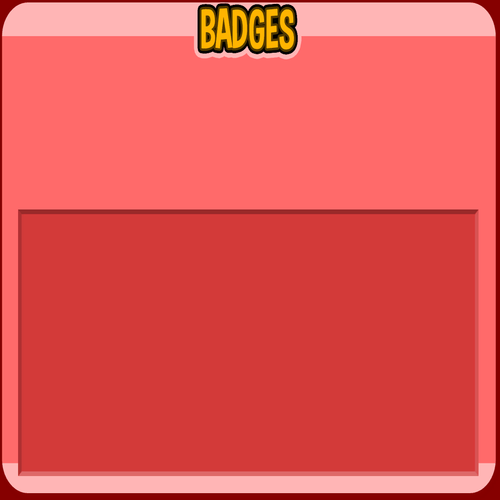 Pretty self explanatory. Early UI for the Badge menu.

A collection of leftover icons and logos used in the prototype build. 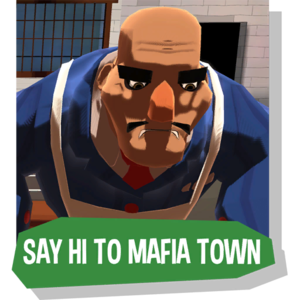 Early icon and name for the act that eventually became both "'Welcome to Mafia Town'" and "'Barrel Battle'". 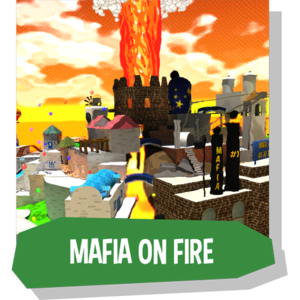 Early icon and name for the act "'Heating up Mafia Town'". 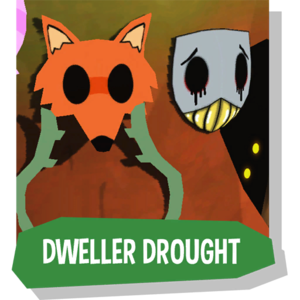 Early icon and name for an unknown act in the Subcon Forest. 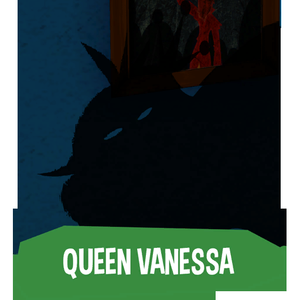 Early icon and name for the act "'Queen Vanessa's Manor'". 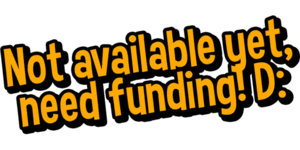 This was used to obscure a couple of the icons listed above. This was used as a way to promote their Kickstarter page at the time.

Credits from the Alpha Build of the game. 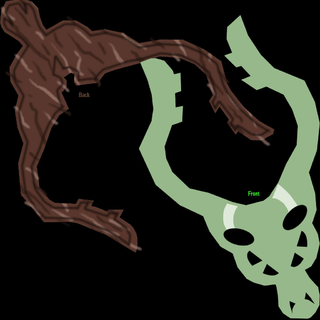 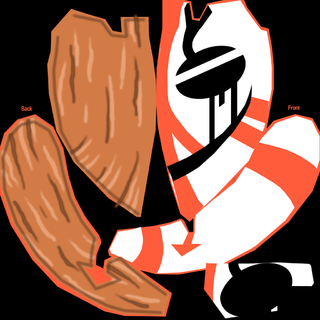 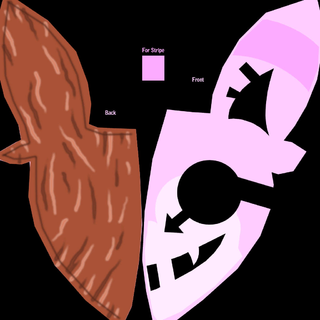 These textures for the Dweller's Mask variants all contain notes within the texture that signify the front and back of each mask. 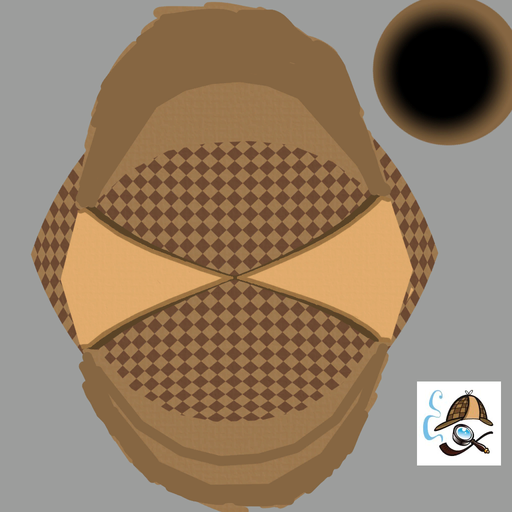 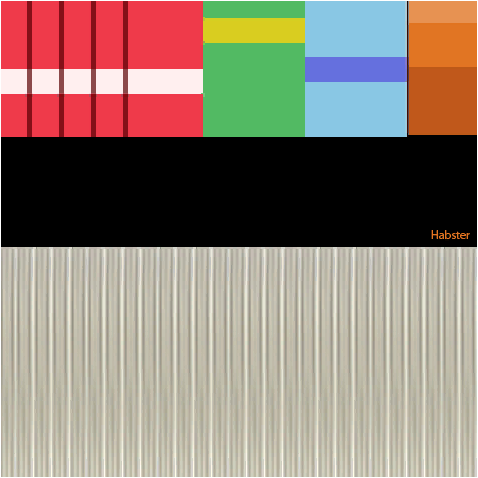