The sequel to the groundbreaking original game, this sees protagonist Edward Carnby facing off against One-Eyed Jack and his minions (who later turn out to be pirates) in order to save a kidnapped little girl.

It's a lot goofier than the first game.

Scattered around the disc are various files in the 3DO .cel format, some of them being images of the first game's Japanese localization, others of the 3DO version of Battle Chess, and one that's rather naughty in nature. These are present on both the North American and Japanese versions. Programs like 3DOResExplorer will allow you to view and convert these images to BMP format.

Alone in the Dark leftovers

Various files in the game were left over from the port of the first game, some of them originating from the Japanese release of the game.

3do.logo.cel, meanwhile, is the initial 3DO logo that was used on both the Japanese and European versions of Alone in the Dark. The North American version featured a different logo instead. 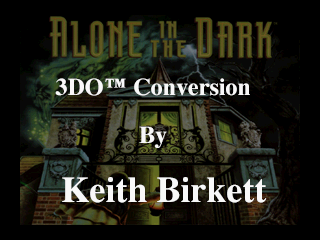 bigcred.cel is an image of what was probably a planned credit roll for the English versions, which uses the initial title screen as a background.

...and on the other hand, there's all.PCX.cel, an extremely lengthy image of an early version of the credit roll used on the Japanese version of Alone in the Dark, featuring some differences (in the final, Keith Birkett's credit is shown after the Japanese staff) and some additions (Krisalis aren't mentioned on this version, whereas in the final they are).

The European release of Alone in the Dark featured both English and French as selectable languages. It's likely that Alone in the Dark 2 would've featured French text and voices as well, but as this 3DO port was never released in the region, these icons went unused. 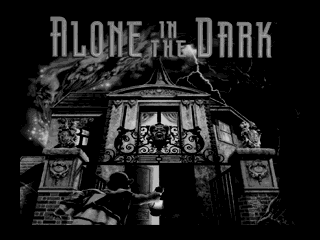 sgback.cel is the title screen seen when booting up Alone in the Dark, but in black and white. Not much else. 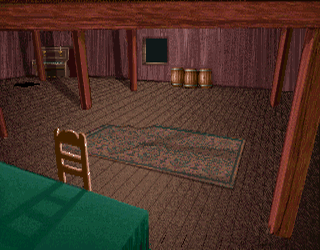 paltest.cel is in fact part of the initial attic area from the first game. Judging by the name, it was perhaps used to test the palette.

Two of the files, pic4.cel and notpal.cel, come from the 3DO port of Interplay's Battle Chess, which was also developed by Krisalis. The former is the game's title screen, while the latter is a regional lockout intended for the PAL release of said game. 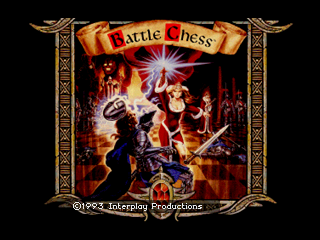 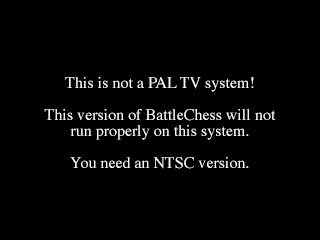 Also present is a file titled 3do.logo.big.cel, which, despite the name, is in fact the older logo of Krisalis Software, albeit in squashed form. Said image is the same as that used on their earlier release Soccer Kid.

Interestingly, the file image.cel is in fact the logo of developer Bullfrog Productions. While Krisalis have done some conversions of certain Bullfrog-developed titles, such as the PlayStation and Saturn versions of both Theme Park and Magic Carpet, these came after this Alone in the Dark 2 port, so it's unlikely it's from those two. It closely resembles the Bullfrog logo seen in Syndicate, which did have a 3DO conversion, but that one wasn't developed by Krisalis either.

For whatever reason, the file big.cel is in fact a squashed picture of former Playboy Playmate Corinna Harney, from an August 1991 issue of the magazine. Perhaps it was used as padding, or as a placeholder for something, or maybe a bored programmer at Krisalis simply decided to shove this in for fun. Who knows. 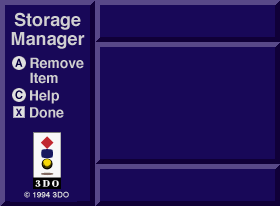 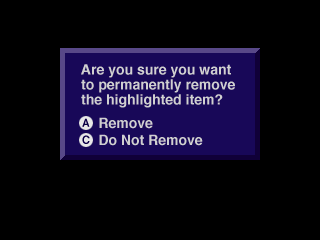 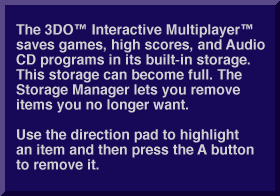 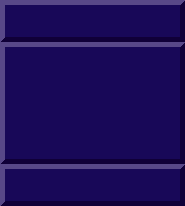 Images of various elements of a version of the 3DO Storage Manager are also included. While Alone in the Dark 2 does feature a storage manager, it's not the one by 3DO, but one of their own, as is seen in the regional differences section.

One file, 3DO Cel (without the .cel extension), is the 3DO logo but with the letters colored the same way as the shapes on the full logo.

Two image files called 3do.top.cel and 3do.bot.cel which, when assembled and un-squashed, depict a cartoony watercolor illustration of a crocodile house (affectionately labeled "Reptile House") which was likely taken from a children's book. 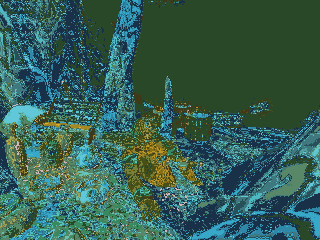 The file loadsave.cel is the background seen on the load/save screens, but with a different palette, for some strange reason.

Two files, appropiately named test.cel and test2.cel, are simple colored squares with text on them, presumably used for testing and debugging purposes during development.

When you start the game, after the initial corporate logos, the game will show a screen letting you know how many saved games you'll be able to make, based on how much memory is left on the 3DO's internal storage. If you don't have enough space for more than one save (or even just one save) you'll have the choice to "make room" or to continue playing anyway. In the Japanese version, however, you can't start without saving; you're sent immediately to the "make room" screen after a certain amount of time or by pressing a button. This means that the Japanese version is unplayable unless one has an almost entirely empty internal storage, as you can only start the game if you have enough space for two saves, and you can't abort like you can on the North American version. Both saves take up 28802 blocks (14401 for each), while the 3DO's internal storage can hold 32616 blocks of space. You do the math.