COLLAPSE! HD is the iPad port of COLLAPSE!.

The game is internally called SC4iPad. The game was likely going to be called Super Collapse! 4 , this was later changed to COLLAPSE! for unknown reasons.

The majority of the unused graphics were removed, but GameHouse missed some... 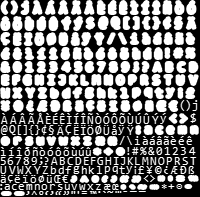 These error messages are not normally seen in-game. These and the above fonts are stored in the folders "dev" and "engine".