Yet another racing game based on the Pixar film.

Icons for Guido, Frank and Lizzie, despite the fact that they don't participate in races.

icon_MODT_a.dds through icon_MODT_d.dds are four identical copies of what appears to be an earlier model of Lizzie.

Bizarrely, despite only appearing as a statue (and not being seen alive until the Cars Toons short Time Travel Mater five years later), Stanley has a character icon at icon_STAN_a.dds. 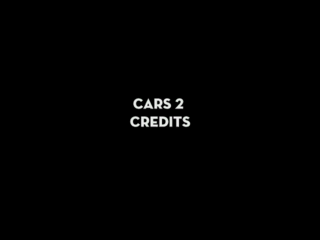 While these loading screens for each hub world are used in the console versions, the Windows version simply uses the default loading screen (load_logo.dds) instead.

DataPC/C/UI contains leftover loading screens for every single minigame from Cars: The Video Game, including these three obvious placeholders for both cheat-activated minigames as well as one that didn't make it into the game at all. 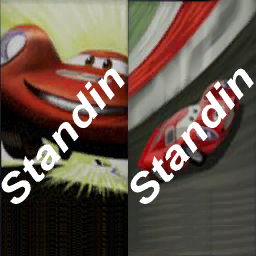 Luigi_Posters.dds in DataPC/C/Scenes/LUI_Int/Tex is a placeholder texture for the posters seen in Luigi's Casa Della Tires with the word "Standin" plastered over them, apparently depicting an earlier design for Giovanni. The used texture is named Luigi_Posters_correct.dds. 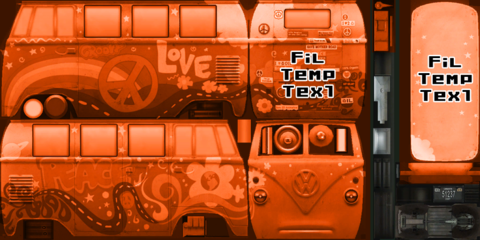 Fil_Body_A.dds is an unused texture for Filmore, tinted orange and with the text "Fil Temp Tex1" written on his back and roof.

Present among the other music files is UI_MUSIC.ogg, which is an unused electronic remix of "Radiator Springs Theme" by Bruno Coon. It could have been used on the main menu, which the game substitutes for the regular theme instead.