The first Contra title to grace a Sega platform, Contra: Hard Corps was also the last game in the series to be rebranded as a Probotector game for the European market. It's the circle of life.

A debug room remains in the ROM, though it is not accessible through ordinary means. Using the patch code FFFA48:00 on any version of the game will force the debug room to load. The area is fairly standard of test areas, with a ramp and some grippable wall and ceiling blocks, ending in an instant-death hole which cannot be passed. Pressing B cycles through the game's entire script, which also overwrites the area graphics, resulting in some severe visual glitching.

Only works in the Japanese version (might be possible in the other versions via patch codes). At the title screen, press Left, Right, Left, Right, A, B, C, B, A, Up, Down on controller 2. A sound will play if done correctly. While the game is paused, pressing Up on controller 2 will advance frames.

Fang's intro portrait is mistiled. The top part of his boot is accidentally placed one row of tiles up, overlapping a portion of his sprite. This error was corrected for the Probotector version of the graphic.

The Japanese version, The Hard Corps, includes a number of button codes likely used for debugging. The following two codes are entered on the player two controller at the title screen. 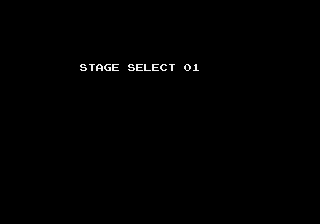 The third code is entered on the pause screen, back on the player one controller.

The code which checks for these patterns remains but was dummied out in the western Hard Corps and Probotector releases. The patch code FFFA4C:01 (usable in either game) enables the level select as seen in the Japanese version. Alternatively, the below patches to these games restore all cheat functionality.

The Japanese version provides the player with a life bar and infinite continues, while international versions drop the number of continues to five and ditch the life bar in favor of one-hit kills. The pain sounds when getting hit are still present in both international releases' sound tests. There are patches available for both the US Hard Corps and Probotector which attempt to make those games behave more like the Japanese version: among other changes, the life bar and button codes are restored, and an additional button code allows access to the debug room described above.

As with all early Contra games, the European release was renamed to Probotector—in this case, without any subtitle, meaning it shares its title with the NES game—with its sprites significantly reworked to turn human characters into robots, ostensibly making the game less violent.