Contra 4 returned the series to a handheld platform after 16 years, celebrating 20 years of the Contra franchise along with being a direct sequel to Contra III: The Alien Wars. Its Japanese subtitle even has a cutesy "DS" acronym like Advance Wars: Dual Strike.

Anything else you wanted? Sorry, no European version for you.

NOTE: Turn the cheat off before entering any of the options.

The most interesting selection in the debug menu is the GYM entry, a very preliminary stage featuring unused content. It is the only entry that sends you to a part of the game not accessible in regular play. Some interesting features (note that the Top Screen on the DS is actually blank in-game): 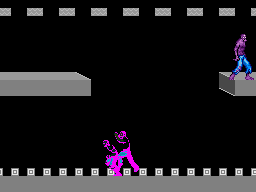 A different "Meat Puppet" enemy variant and a footsoldier with an incorrect palette. 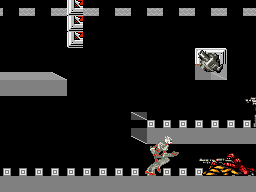 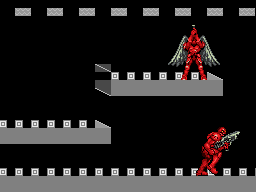 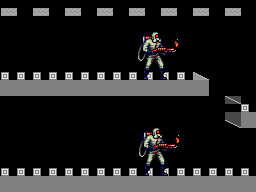 A flame thrower enemy. One would imagine these guys would have been in the Laboratory stage (in the lab section), or in the start of the final level. 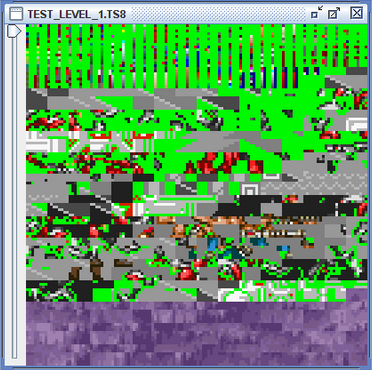 What appears to be early placeholder sprites from Operation C, as well as somewhat garbled soldier and player sprites. The background at the bottom is also an early cave background.