Two John Rambos shoot up aliens. If you're European, then it's two Robocops. 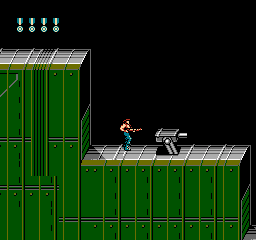 The hidden gun turrets in the second part of Area 5 can be set to point to the right, even though they are only ever approached from the left. To see this behavior in action, change ROM address 0x9821 to 81 and approach the first turret.

An unused hexadecimal font is present in the ROM. The zero is also sometimes used for padding.

At the end of the PRG ROM is an ID with the date that version of the game was compiled. Similar IDs are present in many other Konami games. 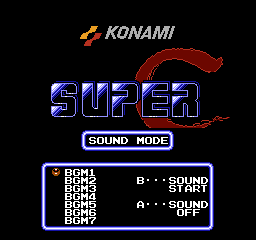 A sound test full of Engrish is accessible by holding A + B and pressing Start on the title screen. Strangely, only the Medley ("MEDOLEY") locks the cursor in place while it plays.

Virtually identical sound tests can also be found in Gradius II and the Japanese version of Contra.

On the title screen, press Right, Left, Down, Up, A, B, Start. This will give you 30 lives in the Japanese and European versions, and 10 in the North American version. 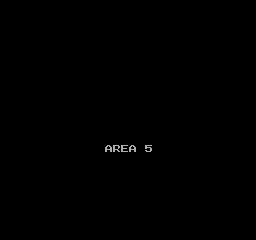 In the Japanese version, hold Down + Select at the title screen and press Start. Select the area with Up / Down, then press Start to go there.

Due to German laws prohibiting the sale of violent video games to minors, the European version has many graphical differences: