Cookie Run is the third game in the series of endless runners featuring GingerBrave and his weirdo friends escaping an oven. Except this time, the game would be distributed by online messaging companies, Kakao in the Republic of Korea, and LINE elsewhere.

This page covers both the Kakao and now defunct LINE versions. 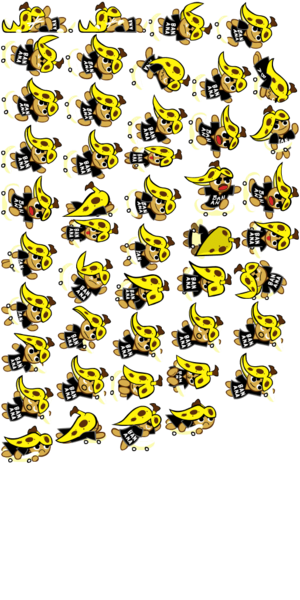 A full fledged Cookie was created, but was never released for unknown reasons. The Cookie is internally named ch17, but is commonly nicknamed as Banana Peel Cookie within the fandom, likely to distinguish them from the officially released Banana Cookie. This cookie was unfortunately never released for reasons unknown.

The Cookie's graphics and animations can be forced to load if the spritesheet and associated .plists are used to replace an existing Cookie's one. Oddly enough, the Cookie appears to be very small when in use. The Cookie does not appear to have any known ability.

ch17 would also appear in the credits of Cookie Run: OvenBreak, until said credits were revamped on December 31st, 2019 and the icon was no longer put to use, once again forcing ch17 to obscurity again.

A tweet on June 16th, 2020 A Tweet, Devsisters had officially acknowledged this Cookie in response to someone asking about if Dozer and the released Banana Cookie would be added to Cookie Run: OvenBreak. Devsisters, in response, said "You mean this Banana Cookie?", which was the first time it was officially referred to with a name.

There is a total of 2 unused pets that exist in the game's data.

This pet was intended to be the combi pet for ch17, but it, along with ch17, were dropped. There are no graphics for this pet aside from an image for it's treasure. 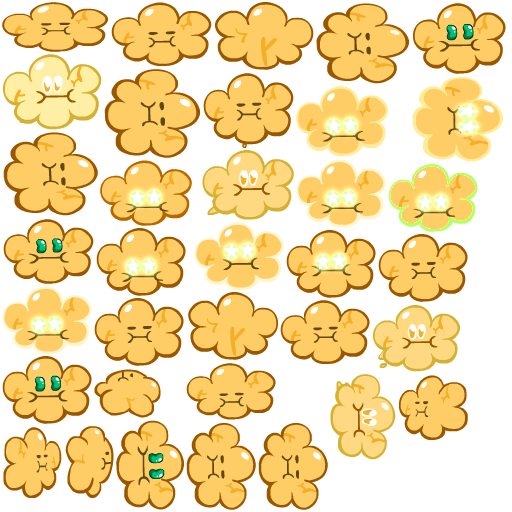 A pet that appears to be a sentient pizza dough with a disembodied white hand beneath it tossing it. This pet is internally labelled pet25, and it has a low resolution sprite sheet of it as a recolor of Brain Gum. The pet would later be removed from the Pet spritesheet in 2016, but the recolored Brain Gum spritesheet remains.

A Treasure for ch17. It simply appears to be an image of ch17 with the text "sample" under them.

A Treasure for ch17's pet, pet22. This image is similar to the ch17 Treasure, but with an unused pet resembling a bottle of milk with a banana on it. This is theorized to be the appearance of pet22. 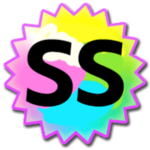 An unused grade identifier for an "SS Grade". It appears to be a reused version of the S Grade banner with black text saying "SS".

A lobby for what seems to be an early version of Special Episode 2, which was later turned into the Tower of Frozen Waves. It appears to be a plain filled with yellow flowers.

A song that is a remix of the Tower of Frozen Waves theme that isn't used anywhere in game. In the files, it is named "[2016_0318] SnowFairy_Stage_BGM_Again_1.fsb", possibly indicating that this song may have been intended to play while Sea Fairy Cookie is running, similar to Rockstar Cookie and Mint Choco Cookie.