Cookie Wars was a strategy game in the Cookie Run franchise and the first Devsisters game to use the DevPlay service.

Due to lack of major updates after the Raid Mode update and OrumLabs' bankruptcy, it was shut down on May 15th, 2020.

Alchemist Cookie was originally planned to be released. However, only her icons and her Jelly Walker counterpart are unused. 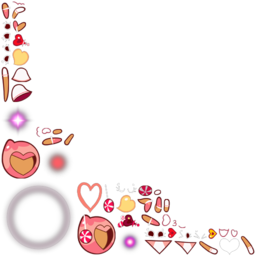 Pink Choco Cookie was originally planned to be released at launch. Only her sprites are unused. 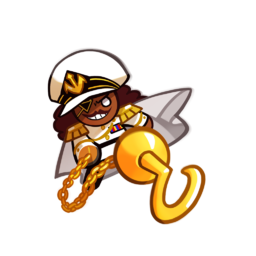 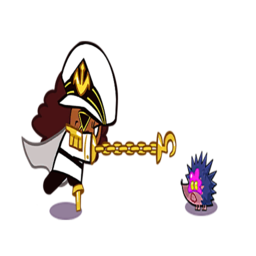 What appears to be a Mythic variant for Pirate Cookie.

Cookie Wars was originally going to have a Guild system at launch, and it never got it from launch to closure--heck, Cookie Run: OvenBreak got a guild system well before this game shut down. Only the music for it was present in the files for the game's entire existence, at least to our knowledge.

The final stage jingle of Primeval Jungle from LINE/Kakao Cookie Run, probably used as a placeholder for the startup jingle judging by the file name.

Unused music for a mode called "CookieLand" (Which, ironically, is the name of a mode that appeared in the May 2020 update of Cookie Run: OvenBreak.)

A song for what is presumably an early opening cutscene.

The text file "zz_SvnRevision" in early CBT builds of the app includes what appear to be dead server urls related to within Devsisters, within the URLS, the title "CookieRunHeroes" is revealed.