Dark Souls is a game known for its uncompromising learning curve; from monsters and other players alike. Praise the sun!

The following messages would have appeared as pop-ups, or upon the examination of an item during gameplay:

These messages would have appeared when players used the spell Seek Guidance:

The debug version of the game also contains a duplicate Humanity item. This version of the item does not recover the player's health, and has a simpler description.

The following armor sets are worn by Petrus of Thorolund and Rickert of Vinheim. While not obtainable in-game, they are complete and functional.

There are several earlier or alternate models of existing characters leftover in the game's code:

A prototype version of Marvelous Chester. The black Zweihander in the unused weapons above would've been used by him. 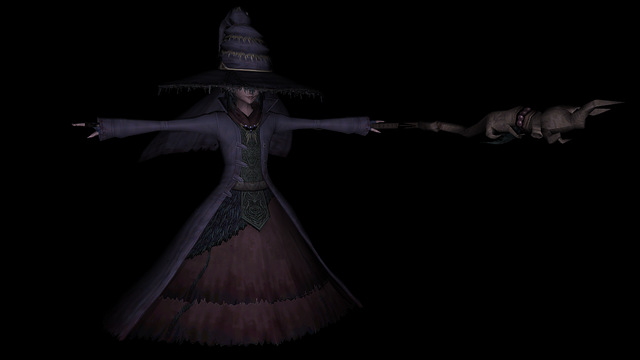 Witch Beatrice has a model that's notably younger than how she appears in the final game. Notably, her staff texture refers to a "Wand" instead of a "Catalyst". 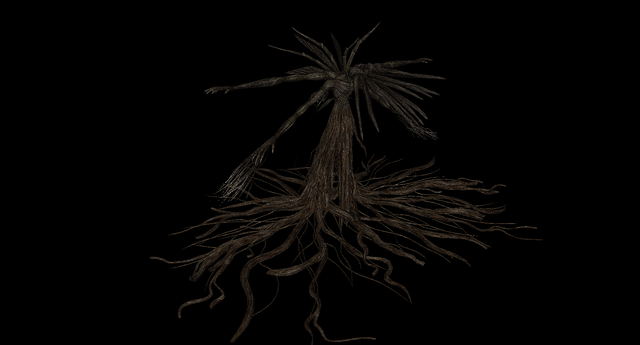 A different version of Bed of Chaos, with insect-like wings on its back, and a muddier, darker palette. It has animations that would imply the Bed of Chaos was a lot more mobile than how it appeared in the final game. 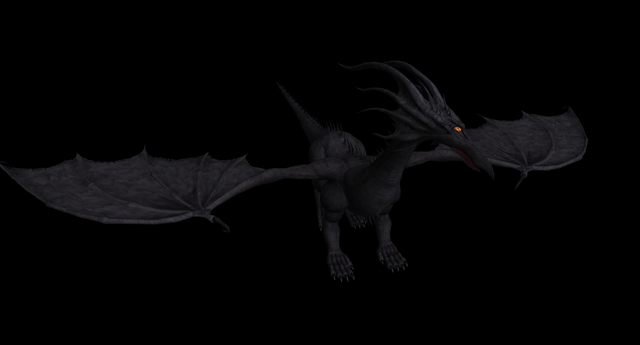 An earlier Kalameet. It has different proportions to the final Kalameet, as well as changes in colour.

The merchant has unused lines that reflect his futile attempts to prevent himself from going Hollow.

The reason these lines go unused may be linked to an interview in which Hidetaka Miyazaki mentions that he was unhappy with the script prepared for her.

Unlike in the final game, Lautrec comments on the player's voice, rather than their face.

Oscar is encountered as a dying knight in the Undead Asylum, where he gives you a key, as well as your first Estus Flask. He goes Hollow following your departure, and attacks you when you return to the Asylum, if you didn't kill him prior. However, this unused dialogue suggests that he was once intended to have a greater role in the game:

It seems that Oscar would have taken a different path from the player, choosing to follow the other primordial serpent, and becoming a powerful antagonist:

Shiva of the East

The NPC merchant Shiva of the East is a bit, uh, weird. You're told that he's untrustworthy, and killing him and his bodyguard is the only way to get one of the game's best rings...but unless you provoke him, you don't get any further than having him sell weapons in Blighttown.

Regardless, apparently he was intended to behave similarly to Satsuki in Demon's Souls – he asked you about the "Chaos Blade", and if you returned to him with it, he'd kill you and steal the sword. At this point, you'd get an unused Black Eye Orb that allows you to invade Shiva's world and reclaim the sword. Surprisingly, the invasion event still exists, and even kinda sorta works.