Ghostbusters: Sanctum of Slime was the anticipated next entry after the smash success of Ghostbusters: The Video Game, only to end up being an extremely-repetitive slog starring generic Ghostbusters.

"The ghost is stealing, my money!"

Note: The game uses the same data assets in all versions, with some exceptions. These will be noted in their respective sections.

The game uses a screenshot of the game in the level selection screens, but portions of them are obscured by the selection screen overlays. Some of the uncropped images have watermarks near the bottom, and you can see some early HUD images in the Level 10 and 11 color screenshots. Additionally, the game doesn't display the gray level select screens because you can't select the stages until you unlock them.

In the final game, Level 7 takes place at Sedgewick Hotel and Level 8 is a driving stage. The unused preview screens for both show a racing stage and a picture of a kitchen, respectively, suggesting that their order was swapped during development.

There are graphics and stage layout info for the Ghostbusters' Firehouse that is supposed to be used during the driving scenes...but since you never actually reach the Firehouse for story-related reasons, you never get to see it.

If the texture for the Firehouse's interior looks familiar, it's because it's modeled after the one in Ghostbusters: The Video Game, right down to the children's artwork on the wall.

Text for a scrapped enemy gallery is present in unistrings.wbr at 0x7B1DA:

The above is the only text that remains of this feature. However, 16 images for the Bestiary exist in the game's files. Most are unused except for the third image (Slimer), which is used in the in-game instruction manual.

Present in data_common\art\gui\controls\pc. These are placeholder graphics for keys on a keyboard; a fully polished set is used instead. There are also folders containing graphics with PS3 and Xbox 360 buttons, but those are used in their respective platforms (and Windows, if you're using a 360 Pad). 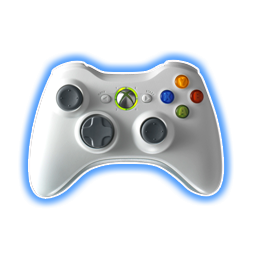 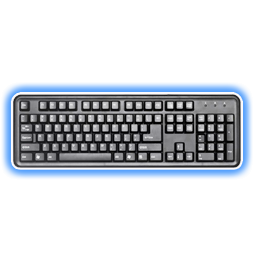 Smaller, unused versions of the Xbox 360 controller and a computer keyboard.

The Ghostbusters logo, which incredibly is never used. 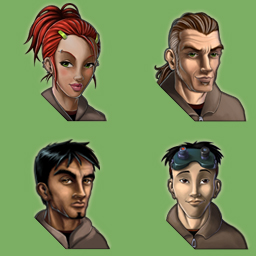 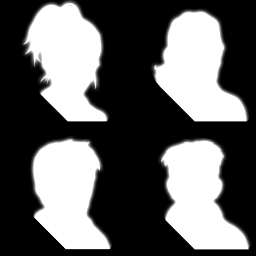 Early portraits that seem to fit the above lifebars. These are much different from the multiplayer portraits seen below, or the final versions.

Some fairly early HUD elements. The final game uses 3D icons for powerups and status changes, and you don't use portable radios to call your teammates.

In the final game you can shoot at anyone and anything without any consequences, so this is never used. 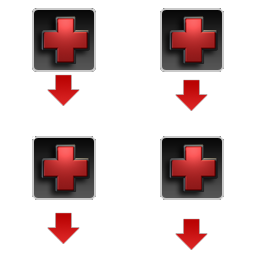 This would be shown when a teammate needs help. The final game uses completely different images for this. 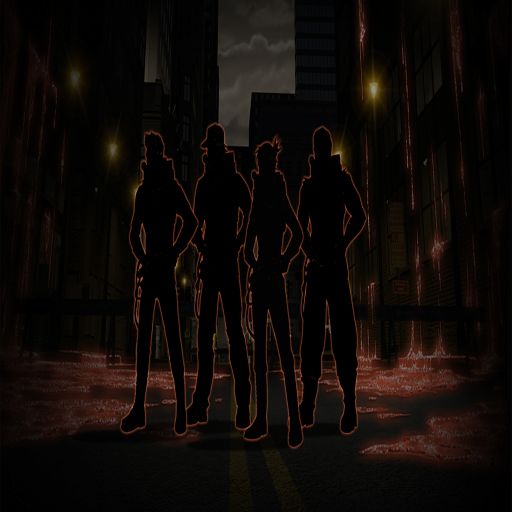 The game's files contain an early background graphic for a character selection screen. Not only that...

But all four characters have completely different designs!

Their Neutrona Wands are also different from the standard ones used in all official Ghostbusters artwork to date.

All of these are stored in data_common\data\art\fx.

A bunch of clothes and an overlay for transparency to go with them. There are no bras, luchador masks, or skirts anywhere in the game. So these are not used.

A blurred picture of an Ogre's face (from Quake) with "FIXME" written on top of it.

A black-and-white image of a polytrail effect for your weapon.

Located in data_common\data\art\dxshaders. This file exists twice in the archives, as colorcorrection.png and noise.png. There's no Benjamin in the credits, so who knows who this was addressed to.

The following text is found in unistrings.wbr at 0x40A (the text has been cleaned up to be easier to read):

The development team's original name was Wanako Studios before they were purchased by Artificial Mind and Movement. It was later renamed A2M Santiago, then Behaviour Santiago.

Present in data_common\data\sound\music\ in OGG format.

An 8-bit-styled rendition of the Ghostbusters theme. No author is credited, as the file tags are blank.

The game, as you'd expect, plays Huey Lewis' I Want A New Drug Ray Parker Jr.'s Ghostbusters theme in the main menu. The game's data actually contains two copies of the song - the used version, ghostbusters_remake_srd.ogg, is 13,052 KB in size. The other, main_theme.ogg, is only 2,700 KB and is an incomplete copy that ends a few seconds too early.

The unused version also has a partially-deleted ID3 tag that still includes artist and album info, and reveals something very surprising about the file: 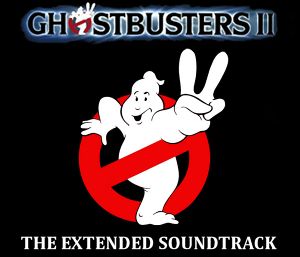 If you load the file in a music player, the album title field will say "Ghostbusters II - The Extended Soundtrack"; if you use a dedicated ID3 tag editor like MP3Tag, you can also see the embedded cover art shown above. The song came from a now-defunct music-sharing blog called The Inferno Music Vault, which released "Extended Soundtracks" that included music left out of official soundtrack releases.