New Ghostbusters II is the second of two NES games based on the 1989 movie, and is generally considered to be the better of said games (America got the less-decent one).

Oh, and it lets you play as Louis. He was born to wear this stuff. 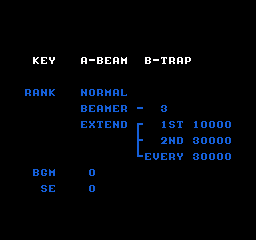 Hold A + B and press Start at the title screen for control and rank settings plus a Sound Test. 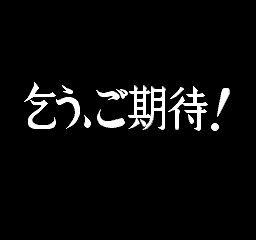 In all regional versions of this game, including the prototype, is a 4Kb CHR bank ($08) as well as unused packed tilemap ($05) to display something like an advertising screen with kanji translated to something like "Please, stay tuned!". Use Game Genie codes IAUAYEAA + AAUELELO to replace "HAL" logo with this screen. 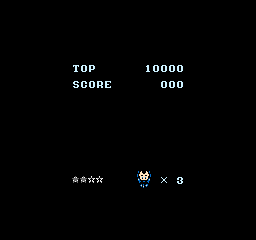 Also there is another packed tilemap (index $04) for an unused version of the Scores screen. The only difference is in four small stars at the bottom-left part of this screen, also the empty lines filled here is $FF tile mixed with "space" characters ($20) as against pure "space" filled the used Scores screen. This is probably a leftover of a planned version of the Stage Complete screen, but in the released version, both the Stage Complete and Pause screens share the same Scores packed tilemap ($01). Use Game Genie code GEOPVTPA to replace the regular Score tilemap with the unused one.

The European Version contains a hidden unused music track among the other music data. The same area in the Japanese and US Prototype Versions is filled with an exact copy of the engine sample library. The hidden music have no proper header and consists only of 5 unreferenced separate tracks for 5 different channels. If assembled together with a proper handler this track appears to be an extended non-looped version of track $0C which is used for the final cutscene of Level 3 (the "Ghost Nanny" instead of a normal boss). Most interesting that as against all other music data in the European release which is converted to PAL mode, this hidden track is still in NTSC format.