A sequel that improves on the first game in almost every way? That's not something you see every day.

An unused VHS cover for a chapter titled "Shelter". In a Reddit AmA, Dennis Wedin confirmed that it was an early name for The Abyss.

A mask that isn't seen in-game, titled sprite2772. The mask resembles Hoxton from Payday 2, which had Hotline Miami themed DLC. According to Dennis Wedin, he made it while visiting OVERKILL Software's offices for the Hotline Miami DLC collaboration.

A single face sprite of Jake with a bleeding nose and blood around the mouth. This might have originally been used in the cutscene if the player died on the third floor of Withdrawal level, as Jake gets interrogated and then killed by the Russian mobster. Using a level editor this face is selectable to use, but it's bugged as it goes to the bottom of the screen.

A set of sprites for Evan using guns and a knife while still wearing his jacket. For Evan to use guns like every other character, you must first perform two lethal takedowns, at which point Evan takes off his jacket and is free to use any weapon. Notice that Evan has sprites for holding and disarming Magnum, but he cannot fight with Guard or Prisoner faction. The gun sprites use an early version of Evan having a darker orange jacket and a darker green shirt.

While some of the weapon sprites are reused from the first game, these weapons are left unused here.

An unused sprite of a gang member carrying another gang member as a human shield. Either as a Special enemy type, like dodgers, Fat enemies, and Dogs, or possibly a scrapped combat ability where they use each other as a human shield. Another is a more gruesome one. The torso of a still-living gang member. There's also a gang member searching the refrigerator that would be originally used in Homicide due to its folder locations being called Cop and Mall. They also would have left the fridge once they spotted the player.

An unused animation of the Colombian dodger being stunned, this was going to originally play if you punch them, but in the final game, nothing happens.

Similar to Colombian dodger, Prisoner dodger has unused stunning animation as well. The dodger gets knocked down when you punch him instead of stunning.

This variant Demon Mobster is fully functional, but it doesn't appear in Apocalypse level.

Unused manager with a shotgun

This might be the originally planned death of Jake if The player managed to complete the Third floor of Withdrawal without dying. Which the manager might have killed Jake with a shotgun while in the final game he uses a pistol.

The inspector used to be the witness being questioned in the intro to First Trial, as seen in some leaked footage of a prototype, but was replaced by the police chief in the final version. His talking sprite can still be used in the level editor.

Jacket has sprites for 9mm (Pistol), Baton, and Taser. The weapons cannot be placed for him in the Level Editor, but can be hacked in via Notepad++. These weapons are fully functional except for the 9mm: the 9mm doesn't show its ammo count, and when fired, it turns into a Silenced pistol with 14 ammo.

Barnes talking on long-range radio from Jacket's backpack. It's unknown where it could have been used.

War Photographer without his camera.

Richter's shotgun flip animation, which is similar to Pardo's. In-game, nothing happens when you flip the shotgun quickly as Richter.

All player characters who fight with Mafia faction can properly use the Uzi (except Tony and Biker), even those who don't fight with Gang faction, yet Mafia mobsters don't use Uzi except in Apocalypse level, so some of the characters sprites go unused.

An unused variant of Henchman and Richard with Jacket outfit in the car from Henchman's dream. Richard has Russian Mobster outfit in the final game.

In the final game, Henchman has more unique and violent animation for skateboard execution.

There's not much known about this sprite, which is unused in both the main game and the Level Editor. This may be connected to a glitch where the player's character is not found or dead: its face sprite is meant to load in the cutscene dialogue, yet it is replaced with uses this face sprite due to the player's sprite failing to load.

This sprite (and its inverted version) are found in the Editor Interface sprites folder, suggesting they might have been used for Level Editor.

Fat Soldier usually has his weapon (MP5 or Knife) on his death sprite; he is never unarmed, so these unarmed death sprites go unused.

Since Martin Brown is one of the first characters made in HLM2, many of his sprites were scrapped.

None of Midnight Animal victims can lean on the wall, so many of their sprites go unused.

"Victim3" cannot get up once knocked down, so some of his sprites go unused as well.

An unused variant of Subway train door. Most likely a leftover from the first game.

Early version of the VCR icons.

Early VHS cover for "The Abyss".

A debug font is also present in the game's assets.

Leftover text for one of the achievements from the first game is still present here. Oddly, when you unlock the achievement "A BOX FULL OF SHARP OBJECTS" for using every weapon, the in-game message erroneously calls the achievement "THE SOUND OF ANIMALS FIGHTING".

Some dialogue for the girl at the end of "Final Cut". While she does call out for Martin, these lines are left unused.

The object that does nothing, probably added by mistake and was meant to be removed. It was added during making of Jacket and Biker for Level Editor, judging by the ID.

Technically used for The Son dropping his MP5s, but Jake can pick up MP5 and use it like any other fire weapon, ammo counter will not show up and it will use the 9mm sound.

sndBombAlarm.mp3
The sound is used in the game, but this one is a duplicate in .MP3 format.

The original source for Bus arrival and departure.

Meant for Henchman's gun cock animation at the start of No Mercy level.

Short ambient sound. According to leaked footage, the sound was used during Martin Brown's interview but removed in the final game.

sndSkid_dupe1
The filename speaks for itself, it's a duplicate of sndSkid.

Early Act transition. "BAD BLOOD" was the name for first act, it's called "EXPOSITION" in the final game. Birds fly to the right and nothing happens afterwards.

A leftover from the Rezzed/E3 2013 demo. "M|O|O|N - Dust" is playing in the room, while the demo played the music in the title screen, meaning that it was updated sometime after the demo. Pressing R to Restart will take you to the title screen.

Can corrupt save data, corruption can be avoided by not beating your high score while playing levels, replaying all listed levels can fix the corruption as well.

The last two listed levels can be seen from Level Editor view. 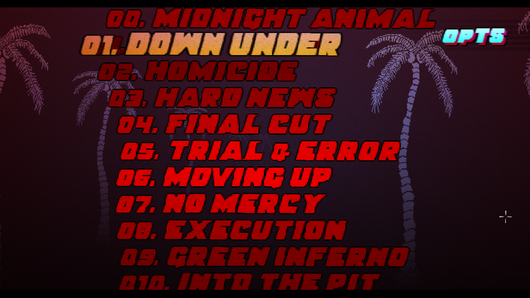 Appears to be a copy of the first floor of First Trial with no enemies, besides a Colombian dodger and a gang dodger. It was most likely used to test these enemies with the Evan, as the gang dodger can be placed in Evan's levels using the level editor. Interestingly, Evan can't fight Colombians, not even in the level editor, so this is the only place where you can interact with a Colombian dodger as Evan. The game crashes once you talk to the bouncer in front of the club. This might be because of incorrect message pointers.

A test level for the biker, who was added to the level editor in an update. It's a copy of the first floor of "Down Under," but with the gang replaced by the Mafia. Going up the stairs takes you to rmDiner, which is the intro to "Homicide". You spawn in the top right corner of the map, outside of the diner. You can find Pardo in the bathroom and control both characters. Talking to Waitress will turn Biker into Pardo and softlock you until you pause and unpause the game, he won't be able to move afterwards. Interestingly enough, usually the transition object simply takes you into the next room in the list of rooms present in the game's code, but here it is not the case, meaning it was hardcoded in.

Empty room with the size of Player's camera view. Does not have Player object by default, so the game has to be modified to take Player to this room. 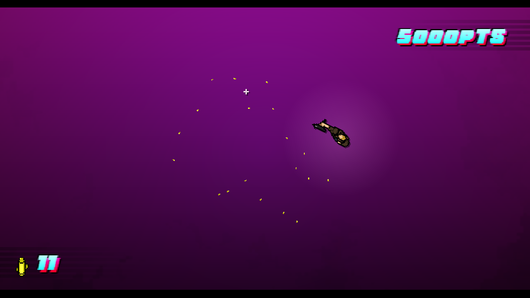 Crashes the game almost instantly, but before that you can see the room for a split second. 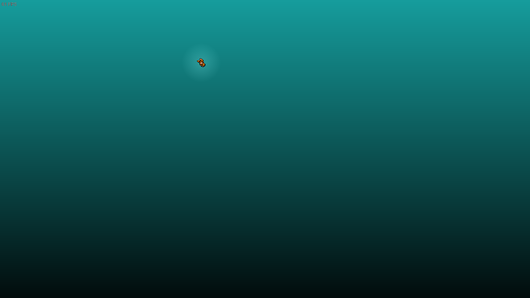 Regular ending credits roll, if you wait long enough it takes you to the loading screen with Publisher/Developers logos instead of straight to main menu.

An earlier version of Bloodline that is from the leak, though the sound audio data was replaced making them the same, the leaked tracks we got the early name do have different sounds having more of basing on grittier base sound.