Mighty Morphin Power Rangers: The Fighting Edition is the third in a series of Power Rangers games by Natsume and Bandai, this time with more Zord action. Its engine would later go on to be used for Gundam Wing: Endless Duel. 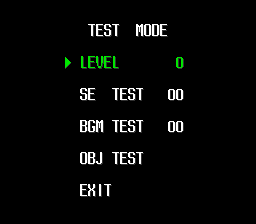 Use the Pro Action Replay code 8180A506 to enter a debug menu before the title screen. 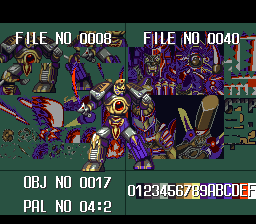 Selecting OBJ TEST opens a sprite and tile viewer, which displays a sprite, two pages of tiles, and the current palette. The controls are:

These developer credits are located at 1F8 in the US and European ROMs. Similar text can be found in other Natsume games for the SNES.