Nature Clan: Escapeway is a game where you jump over some things, then jump over more things.

An arrow. It probably would have pointed at something, as arrows typically do. 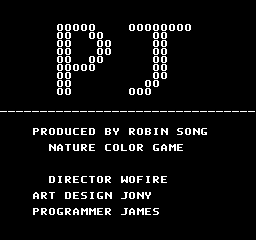 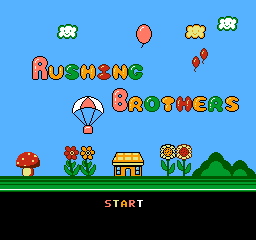 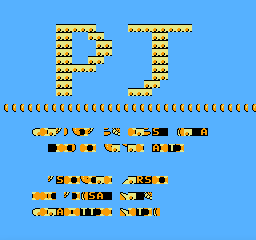 An alternate, Nature Clan-free version of this game exists which replaces the graphics and music. The graphics for the credits screen were replaced and are now garbled as a result. Note that the palette was changed too, as it uses the same one as the title screen.