Nature Clan: Forest Adventure is what is best described as a jumping simulator. 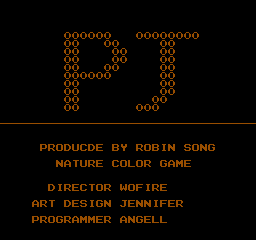 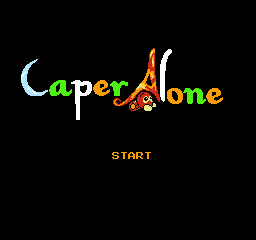 An alternate version of this game exists which changes the title screen and music. The code used to access the credits screen was disabled in this version. 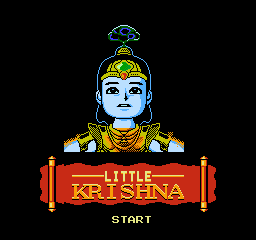 Another version exists that replaces the main character and adds an extra graphic bank to accommodate the new title screen. This version is actually based on Caper Alone, it uses the same music and the title screen graphics for that version can still be found in this one.

Little Krishna also introduces a glitched graphic on the top left and the door at the end of each level is now blue instead of red as it uses the same color palette as the main character.