This is a sub-page of New Super Mario Bros..

The E3 2005 floor demo featured an early version of VS mode where Mario and Luigi would race to the end of a multiplayer version of a level. There was a lightning bolt powerup, that when touched would turn the other player into their Mini form, like the Lightning powerup from the Mario Kart series.

There is also an empty leftover sound file for the powerup: SE_OBJ_GET_THUNDER.

The text says "preliminary". Most likely a placeholder for something else.

A simple curved line. Most likely another placeholder.

Present in root/ARCHIVE/menu_title.narc/menu/title/UE_title_ncg.bin is an old version of the game's logo, which bears a strong resemblance to the logo used in Super Mario Bros. Deluxe. Nintendo released a high-resolution version of this logo as part of their E3 2005 press kit. The title screen of the E3 2005 demo used this early logo design.

This text would have appeared at the beginning of a level, like in Super Mario World and SNES and GBA ports of Super Mario Bros. 3.

You can see it used in early footage here and here.

Graphics: obj/A_OBJ_item_fontM_01_ncg
Pallete: /uiStudio/UI_O_1P_game_in_o_ud.ncl.bin
These Super Mario 64-style numbers can be seen in a number of pre-release videos and screenshots, but go unused in the final game.

In the graphics file for the title screen background on the touch screen there are some unused graphics: the grey block is from the castle levels of Super Mario Bros., while the green pipe is from this game but in lower quality.

In I_kinoko_kuki_yl is a sideways small Mushroom stalk. What this would be used for is unknown.

In I_kinoko_kuki_yl is a sideways Bouncy Mushroom stalk. What this would be used for is unknown.

Based on the name "sample", it seems to be a test image. When pieced together, the tiles show an early version of one of the Koopa Troopa's pre-rendered sprites. The most notable difference is that the shell is smaller and cut off a bit, but the eyes are also black instead of slightly green.

map/world1 kinoko, world2 desert, world3 water, world4 ancient, world5 ice, world6 machine, world7 sky, world8 koppa
These icons depict early versions of the game's eight worlds with a bird's-eye view of the terrain. The icons for Worlds 1 and 4 are the most detailed, while Worlds 5-7 are rather vague.

Interestingly, the music for World 5, 4, and 6 (respectively, in that order) are the last in the sound data file, suggesting their themes may have been the last in development.

/enemy/I_hatena_normal2 is a purple ? Block. How this color/type would be used is unknown.

enemy\I_obake_yubi.nsbmd is a 2D version of the Phantom Hand. It was replaced by a 3D model.

New Super Mario Bros. uses a lot of models from Super Mario 64 DS, so it's not surprising that some of the objects they didn't use were left behind. 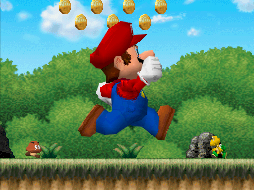 In the final game, only the fence-climbing Koopas and the Koopa shells that appear in the intro use 3D models. In the E3 2004 video and screenshots, you can see that normal Koopas used a 3D model.

The file km1_dorifu is the collapsible stairs from the Bowser courses. It may just be a leftover, but it may have served as a placeholder for the 2D tile-based staircases used in Ghost Houses.

The file rc_buranko (swing) is the metal swing from Rainbow Ride. It can be seen in the E3 2005 show floor trailer, being used for the swinging platforms (which in the final game, use 2D graphics and are seen in World 4-Castle).

The file hatena_switch is the ? Switch, exactly as the Japanese name implies. It was used in an early version of the game. It was replaced by 2D switches.

The file obj_star_switch is the Yellow Star Switch.

These unused powerup textures can be loaded if field BB6 of the player actor (i.e. the address of the player actor + BB6) is set to 02 or 03, respectively. The white one is used for the Star powerup, but only indirectly by multiplying its colors by another palette. The BB6 field is never set to 3, however, despite there being additional code to handle it.

The Red Ring object is strangely called obj_e3_ring, and its used texture is called w_ring.2. 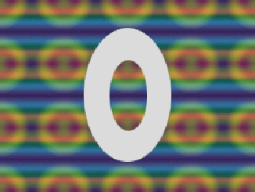 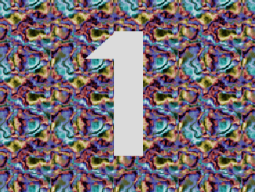 Must have been used for testing the credit images and rolling animation.

w7_tree.nsbtp is an unused texture animation file for the World 7 (w7_tree.nsbmd) map tree/mushroom model. It references a material and two textures and their corresponding palettes that don't exist in the tree/mushroom, the main World 7 model (w7.nsbmd) or any other world map model. Materials/textures/palettes with similar names don't exist either. In fact, the World 7 map doesn't have any flowers in it. In the main world map models, flower textures are part of materials/textures/palettes that depict multiple things and flowers don't exist in any of the tree/mushroom models - only in the main models. 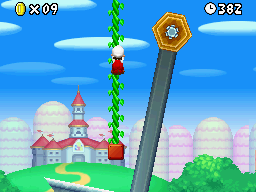 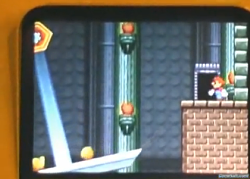 The pendulum platforms in World 4-Castle are swinging from a pivot, but it isn't visible because of the camera restrictions set in the level (in the swinging platform sections of the level, you cannot move the camera up).

Found in Window_LZ.bin, most of these transitions are obviously remnants from Super Mario 64 DS, but not all (the faded circle and wave transition didn't exist there). Further, all of these were remade into this game's NSBMD format, which is a different format than the one used for SM64DS.

These drawings are present in various tilesets' Map16 (i.e. metatile) layouts, below the actual tileset. They do not have tile behaviors or tileset objects associated with them. They seem to have been made to test/demonstrate how tiles fit together. 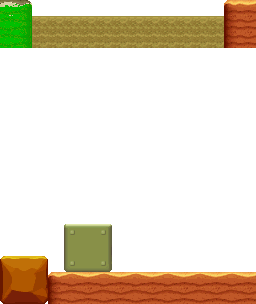 Oddly, the left hand ground is using the secondary palette, but in the final tileset, this palette is used for the ground, so it uses incorrect colors. 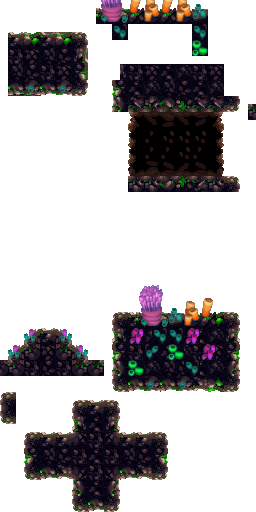 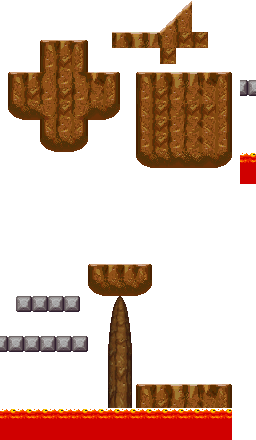 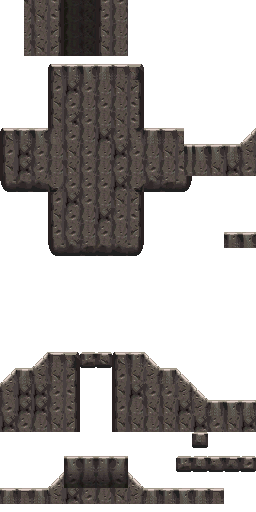 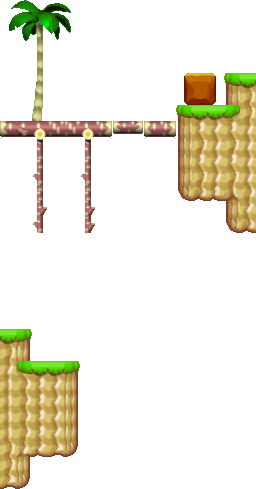 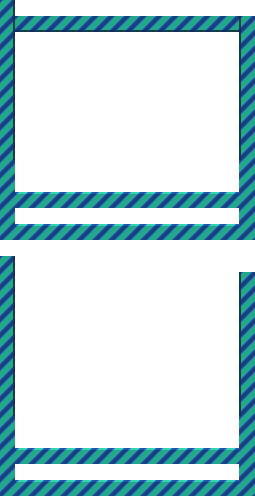 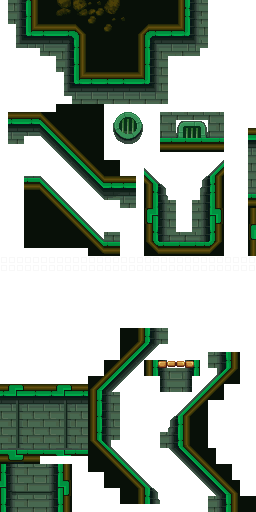 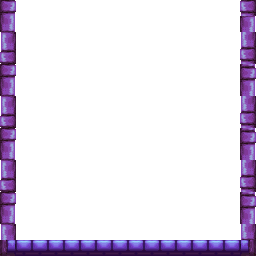 Retrieved from "https://tcrf.net/index.php?title=New_Super_Mario_Bros./Unused_Graphics&oldid=1234142"
Categories:
Cleanup > To do
Cleanup > To investigate
Subpages