There is no credits sequence in the game, so it's unknown who exactly was involved with its development. However, it seems a couple developers decided to hide their names inside the levels themselves. 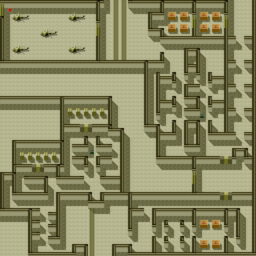 In Mission 4, near the righthand side of the stage, there are walls that spell out "ASO" vertically. This may be a reference to Sega director/producer Hiroshi Aso. 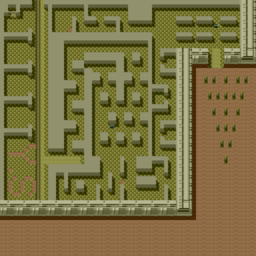 In Mission 6, the final level, the initials "Y.S" are spelled out in dirt tiles on the far left side. It's unknown who this is, though one guess could be Yutaka Sugano.

A typo was fixed in the cutscene preceding Mission 3. "CLUSELY" was corrected to "CLOSELY".

Strangely, this scene uses a digitized photo of actor Rutger Hauer, who never actually appeared in the film. Apparently Sega still didn't notice this the second time around.