This page needs a lot of work. I can't do it myself, because I'm not using a computer for these. Here's a list:

This article states that the unused Toads in Rainbow Road are pink, yellow, blue, and green ones. However, the blue and yellow ones are used. After all, the official artwork of those Toads has them blue and yellow. Whoever wrote that section must have been playing 2-4 player mode, in which only one Toad appears, and that specific time, the one was red. Unless of course we are talking about N64 Rainbow Road, in which case disregard this completely.-Geno2925 (talk) 08:07, 18 July 2014 (EDT)

Hey guys, thanks for making those people pay attention that Gu_Menu might not be unused. I think that these people created accounts just for this page(I created my account to make this page), while one of them is just an IP Address. I hope that admin's note worked. --EP41 (talk) 01:48, 21 July 2014 (EDT)

Hey there guys. I came across this page and noticed that you guys needed the video from the stream cut out. I've got it listed here, I'm just not that great with Wiki formatting as to adding it in properly. If the video needs to be edited, changed, or anything, just give me a shout. --Toxxy (talk) 21:33, 6 August 2014 (EDT)

Are these title screen (un)acceptable?

You should never capture screenshots from the gamepad because it uses compression to save bandwidth (most noticeable in color transitions, like between Mario's shirt and overalls). --BMF54123 (talk) 17:14, 8 August 2014 (EDT)

I think the sad truth is that the output to the gamepad can't be captured in the state before it is compressed. In my opinion, there isn't much point is making title screens if they can't be done fully. (I guess I have answered my own question). --Hiccup (talk) 04:03, 9 August 2014 (EDT)

Does gu_menu count as an unused course?

A course exists in the game called gu_menu which is just a black course without a skybox and the map on the gamepad is just a square. It does not redraw the frames, giving it a "mirror" effect (like going out of bounds in source games). MrBean35000vr uploaded a video of this. --Jman100ish (talk) 22:26, 24 October 2014 (EDT)

We've discussed this in the past, and judging from its filename and odd behavior, it's very likely used internally by the game engine (e.g. as a place to hide the kart on certain screens or something similar). We've decided not to document this unless someone can prove it's not actually used for such a purpose. --BMF54123 (talk) 22:30, 24 October 2014 (EDT)

Did some investigation, and it seems that which Yoshi sings Totaka's Song is random in every race. It is never always the same Yoshi that sings it. The Yoshis also load different animations each race, and whether or not they sing the song is dependent on the animations. If a Yoshi is jumping up and down, they will not sing it; if they're waving at the racers, they may sing it. --BSonirachi (talk) 18:33, 11 January 2015 (EST)

Checked Mount Wario. There are Yoshis there, but they don't play any of their cheering sounds there. The game plays standard crowd cheering there. --BSonirachi (talk) 18:52, 11 January 2015 (EST)

I stayed idle with both Villagers and Isabelle the whole time and they didn't sing the song at all. Just saying. I tested that many days ago but I decided to tell it right now. Sarantis-Nikolaos (talk) 16:02, 20 July 2015 (EDT)

Definitely legit, now that we know what the second DLC Pack will have. "3DS_NEOBOWSERCITY", "WU_WOODS", and "WU_ANIMAL" refer to the Crossing Cup tracks, while "GC_BABYPARK" is a Bell Cup track, and "WU_METRO" may possibly be the Bell Cup's Super Bell Subway. — NES Boy (talk)

I noticed a small text difference in menu-related strings in PAL and NTSC english. I just don't know if it's needed to add, or just plain boring:

I added it, including differences in the chat macro text. I'm not sure about the "Goodnight / Good night" one though, since I had to rely on textual source which might had a typo, and only own a PAL console. - Ray Koopa (talk) 06:08, 12 July 2015 (EDT)

"AMT" Emblem with the logo eight

Beyond all the other emblems, I also found this one, and I don't think it's used: 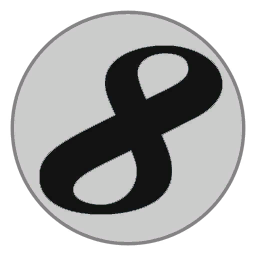 Interesting... I don't think the texture is used directly by the game itself, but a very similar one appears in all of the kart part previews. Nice find! --Peardian (talk) 13:35, 16 August 2015 (EDT)

The Lap 2/2 graphic is actually used!

Mario Kart 8 demo? Did I miss something? I only know what you mean with E3 version. Oh well. I wish I could've checked back on the modified lap count already, but my Wii U has too many... "improvements to overall system stability"... - Ray Koopa (talk) 17:53, 31 August 2015 (EDT)

Has anyone seen a yellow pylon / cone?

I found this object when editing some tracks. I don't think it's used on any track, searching for it also revealed nothing, but I might be wrong. There are only red and blue pylons found throughout the game. I add it if nobody can find it anywhere. - Ray Koopa (talk) 09:32, 17 July 2016 (EDT)

https://www.youtube.com/watch?v=1o4UelTS_uQ found this on YT. Gonna put it here before I forget