Some years ago I found this SSF2 SNES beta image of Cammy wearing Lycra pants. According to the article those are the first screens Capcom released of the SNES version. Can someone with more knowledge analyze the ROM to see if the Lycra Pants is still in there somewhere? 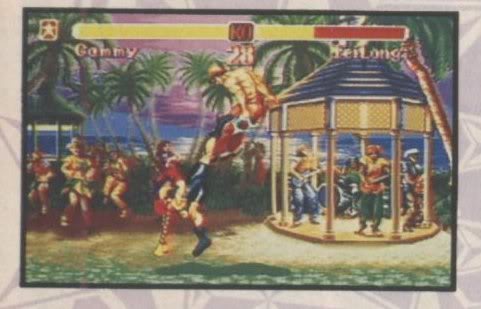 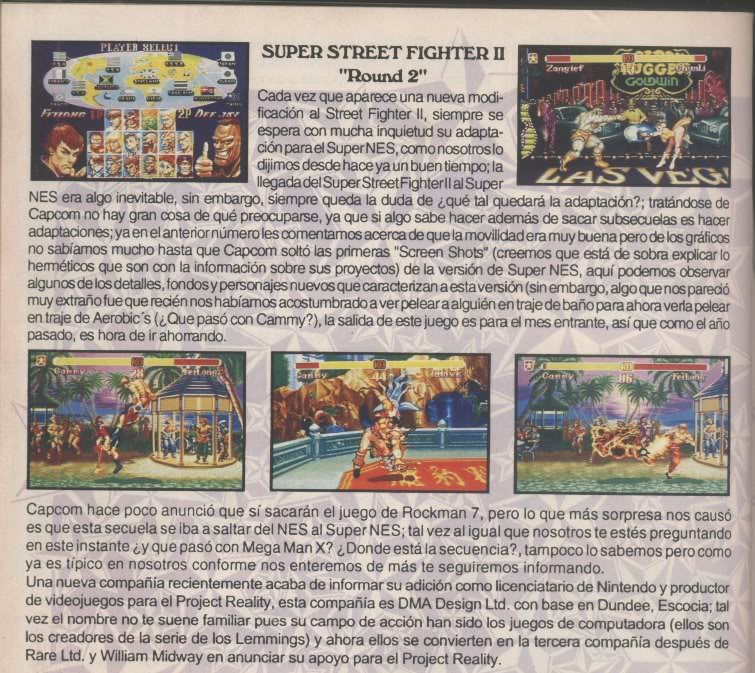 Bahahahahaha. I remember seeing these EXACT SAME SCREENSHOTS in Club Nintendo (Mexico) back in the day. (Edit:) Anyway, I just took a quick look at the game (YY-CHR + ZSNES palette load) and it looks like the leggings were removed. // Foxhack 16:02, 3 February 2013 (EST)

Nonetheless, it's good for a Notes page. Just get an accurate English translation of whatever Club Nintendo is saying here, and it'd be good to go. :) If the SNES version was in development around the time the bloodless Mortal Kombat was released, the Lycra pants were probably present due to Nintendo's policies. -WarioBarker 14:24, 4 February 2013 (EST)

It basically says "here's the new version with all the extra goodies, but we find it strange to see Cammy wearing an aerobics outfit." The rest of the scan talks about Mega Man 7 coming out on the SNES instead of the NES (and the magazine staff wondering why they didn't announce a sequel to Mega Man X), and DMA Design becoming a developer for Project Reality (the early name for the Ultra64 / N64 hardware.) I can translate the relevant bits if needed. // Foxhack 14:27, 4 February 2013 (EST)

I went and made that Notes page before you responded, BMF. :P Still, until that prerelease materials archive comes about it's better than being stuck on a talk page. Oh, and a translation of the relevant bits would be good, yeah. :) -WarioBarker 14:52, 4 February 2013 (EST)

Look what's back. I still had a copy of the Notes page saved from last February (edit: specifically, less than an hour before BMF deleted it), so it's now in the proper namespace. :) -WarioBarker (talk) 20:03, 13 January 2014 (EST)