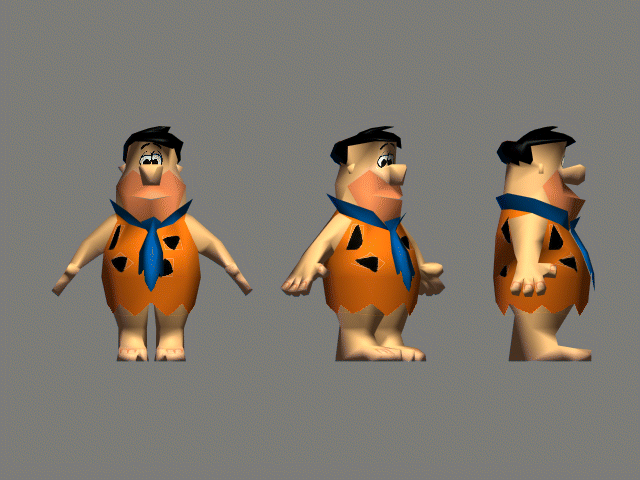 An turnaround sheet of an early Fred Flintstone model, with slightly different eyes and proportions from the final game's model. 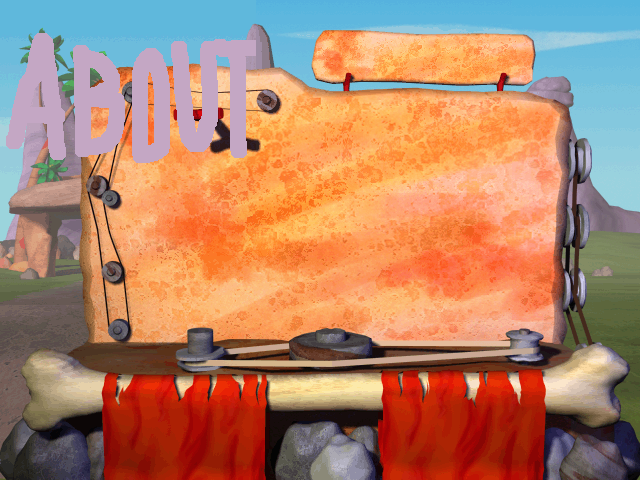 An image of the options menu with the word "ABOUT" crudely written over it. 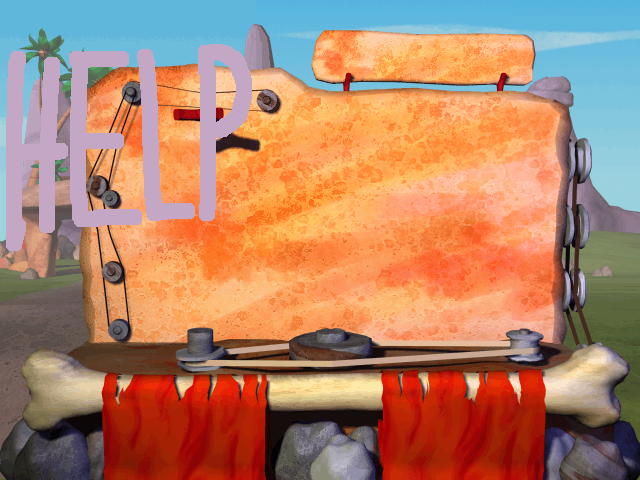 Similar to the image above, only with the word "HELP". 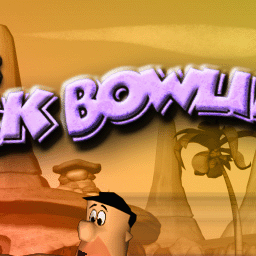 The only remnant of an earlier title screen. The background is brown and the title is in a different font.

A green square used in place of missing textures.

A texture meant for testing something.

There are two unused videos that are present in the Windows version, but not the PlayStation version.

An early intro video from when the game was known as The Flintstones: Quarry Jam. It is dated 5/10/1999.

At 41938 in Bedrock Bowling.exe is a message for game testers if the save format has changed.

Many folders contain files like convlog.txt which were from the model exporting process, pin.txt for level exporting, and textdbug.txt which is compile information.