A FPS from SEGA, taking place in the timeline of Transformers with amazing graphics.

There's values for GameIsDebugMode and GameIsJenkinsTest. The first would allow debug logging, the other would multiply the player's speed by 2.5x and also set bullet damage from the player to 2500.

If a lua script is loaded incorrectly, or is not present, the user will be loaded into an area with no enemies. 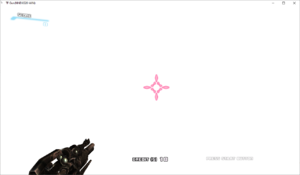 Leftover metadata present in game assets and executable code. Replace "*" with the name of the bank file. Some devs really worked on this game on their desktop.

The internal project is TF Gun according to multiple mentions in the name of the executable, strings/compilation directories in them, assemblies and game assets. TF Gun most likely means Transformers Gun as in TransFormers Gun Game.