From The Cutting Room Floor
< Undertale
Jump to navigation Jump to search
This page contains changes which are not marked for translation.
Other languages:
English • ‎한국어

A test monster that was also unused in the demo, by the name of "Doge". In the artbook for the game, Toby points out how this design went unused because it "didn't look crappy enough".

This odd lava....thing has "test" in its name. Presumably, it is a test NPC. It also has no consistency in its animations. ...Fun.

This "nice" thing is also a test.

An unused NPC who isn't a test NPC. It was to be used in Hotland with a lot of robots, but ultimately didn't fit in with Mettaton being there as well.

A very generic-looking stick figure that goes by the name of 'tile guy'... despite not having anything in the slightest to do with tiles.

Unique head and arm sprites for the unused RG03 and RG04 enemies. Most of their other assets are shared with RG01 and RG02.

An ugly old version of the spear that pops out of the ground.

Circles with arrows on them. Their file name suggests they are early versions of Undyne's attacks, which are under spr_bullet_test and spr_bullet_testx_arrow.

A animation of Undyne's old spear sticking out of a wall.

This sprite actually is used in the unused room room_ruins12B_old, in which it dispenses the otherwise unused item Rock Candy. It was likely replaced with the Spider Bake Sale or the Hard Mode Monster Candy.

A table and two chairs. Based on the name, they were likely meant for Muffet's room.

Unused chair meant to be used in Grillby's. The difference is that this chair has legs.

A pole that uses the same sprite as the body of the lava test creature above, only this sprite does not have a face like the test creature.

Exactly what it says on the tin. A heart placeholder that goes unused.

A sloppy heart that was supposedly used for the credits, but even if it was, it definitely isn't used for them now.

A duplicate of spr_heart, which based on the filename, was going to be used when the heart turns yellow in the pre-EX Mettaton fight.

Some blue, sloppy text that says "DON'T MOVE". Probably used in-place of the hints telling you not to move.

A placeholder sprite most likely used for Mettaton's cooking show, during the jetpack section.

A crude drawing of the word "touch".

Arrow signs that, based on their file names, were related to Papyrus' date, or the True Pacifist ending screen where Papyrus rides a car on a street.

Mettaton's explosive vocabulary, fully assembled and marked as a test.

This cluster of friendliness pellets was meant to be in the Photoshop Flowey fight. Judging from its file name, it probably would've functioned similarly to Asriel's star attack.

Nothing is known about this image, aside from the fact that it's Big Bob. Jokes aside, Big Bob was used for testing bullet patterns.

These are used to show door locations in debug mode.

Sprites of an egg carton breaking, apparently to be used in battle. Likely related to Mettaton's cooking show.

Crudely drawn white and black smiley faces. Based on the name, they may have been placeholders for something in a Mettaton battle.

A crudely drawn stable likely related to this unused text. 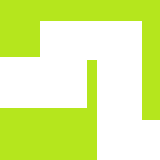 Maps that show the second area where Frisk is attacked by Undyne in Waterfall and the electricity maze in Snowdin.

A fridge that was meant to appear in the trash area of Waterfall.

Frisk with black hair. Most have pink stripes instead of purple and the back sprite has grey skin instead of yellow.

This uses the older Frisk sprite.

Unused moving sprites for the Temmies. Like most NPCs in the game, they never move.

An overworld sprite for Sans with white dots in his eyes.

A date sprite of a confused Papyrus, drawn by Guzusuru. Like the unused Doge enemy, this animation was instead replaced with a more simple version because it looked "too good".

An overworld sprite of Ice, likely meant to appear during the True Pacifist epilogue. Ice can be encountered in battle by stealing Ice Cap's hat; however, they never show up outside of battle.

A battle sprite of Woshua with a happy expression, likely meant for asking him to clean you.

Older versions of the presents used in Gyftrot's attack.

A test animation for Undyne's armoured form. The shading is different from the final and it uses the old pants from below.

Some more Undyne, this time without the shading and still with her old spear and pants.

A snowman wearing a hat, scarf, and mittens, and another wearing just a hat. Interestingly, the snowman on the left would later be translated into cross stitch form for the Undertale Cross Stitch Book.

An overworld sprite of Napstablook adjusting a snail.

Sprites for Astigmatism that have a red background and lack an outline like the final sprites have. The red background indicates this sprite is very old, as the only sprites which use colored backgrounds are all from early development.

Another face of Toriel's "hurt" image with a... spooky file name. It's extremely similar to the used sprite, except Toriel is smiling instead of grimacing. This file was present in the demo as well. While Toriel never commits suicide in any version of the game, the concept was ultimately recycled for Asgore if the player attempts to spare him after "killing" Flowey in a previous playthrough.

Unused portraits of the main characters with various emotions.

An alternate version of Papyrus blushing during his date/hangout.

Fully assembled sprites for Final Froggit, Knight Knight, Whimsalot, Madjick, Asriel's final form, and the Temmie shopkeeper. Sprites in Undertale are split into several parts to be able to move, rendering these sprites unused. Notably, Madjick has 3 unused hands, Whimsalot is missing a wing, and the Temmie has blue ears and no shading on its hair. While Undyne the Undying and Asriel's first form have fully-assembled sprites, they are used.

Asriel's sprite is a Reference Sheet, and Temmie's is a example of the sprites put together, judging by their file names.

Just like above, but for Asriel's Gun. There are also sprites for the gun shooting.

An aqua-colored version of the soul used in battle. This is not the sprite used in the Photoshop Flowey battle, as that sprite is known as the first frame of spr_allsoul in the game's files.

Same as above, but it's in orange this time and has two sprites. This is also not the sprite used in the Photoshop Flowey battle. The sprite used is the second frame of spr_allsoul.

This mockup of the Lab's layout is made of two sprites in the game's files. Amusingly enough, the bed with the laptop on it was replaced with an "easy-to-draw" cube in the final version.

This concept art sprite for Undyne's house shows some graphical elements that were never added: 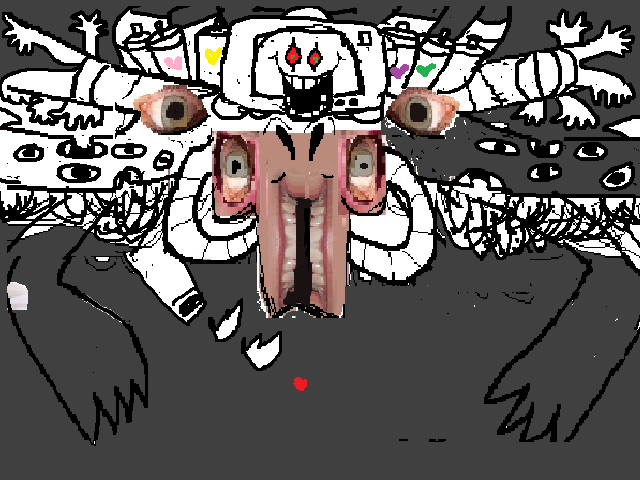 The original concept art/mock-up of Photoshop Flowey that was given to Everdraed remains as an unnamed sprite in the game's files. Oddly, one of the 4 souls that appears in the canisters is colored pink, which isn't found in the final version. In fact, a pink soul never appears anywhere in the game.

Two unused frames of Photoshop Flowey's "Finger Gun" attack still have the hand connected to an arm, as opposed to being photoshopped together with vines. The second frame's flowers lack the Flowey-esque faces on them.

Some unused alternate versions of the mouth sprites from Photoshop Flowey's "Mouthball" attack, featuring fuller lips, reduced or absent teeth, and (in the case of the non-"old" sprites) an odd greenish tint.

The frying pan attack from the green soul's segment of the Photoshop Flowey battle has an unused second frame where it's been flipped upwards. Even though this was removed, the hitboxes corresponding to where it would've been are still present during the battle in the final game!

In the demo, Flowey had the ability to edit the instruction manual depending on your progress in the game. Unfortunately (or maybe fortunately), when the project was ported to GameMaker: Studio, this became impossible due of the file system "sandbox". These sprite files are still left over from the demo.

Two placeholder icons for a "Spell" command, which can be seen in an early screenshot of the game. Magic commands would later make their way into Deltarune.

This is the background used for when you fight Asriel. It is not seen in-game because it rotates colors.

Unused background for Snowdin Shop; however, it's styled like a battle/date background. It's also smaller compared to the final version. It may be intended to be an overlay of the background.

In Waterfall, if debug mode is on, you can see the flipped version in your reflection. This sprite bears a strong resemblance to Kris’ overworld sprite in the later released Deltarune. Hmm...

An animation of the small yellow bird from Waterfall crying. Was set to be used near a echo flower where you would hear its wish to leave the underground so it can fly in the big blue sky.

A Gaster Blaster with no face that was possibly meant to be an NPC. 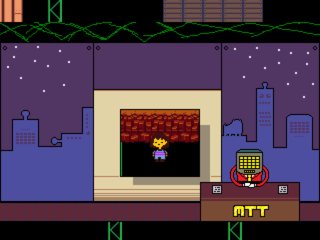 Underneath the top paneling is an overlapped logo of MTT News, likely erroneously given the unfinished nature of the scene. The letter 'M' can be briefly seen during the stage collapse. As of v1.08, the logo isn't unused anymore.

As most of the tilesets in the game were drawn by other people, many of them have elements in them that aren't present in the final game.

Evolution of the Ruins Tileset 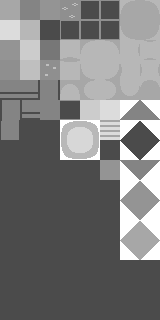 Retrieved from "https://tcrf.net/index.php?title=Undertale/Unused_Graphics&oldid=1302928"
Categories:
Cleanup > To do
Subpages