Bayonetta 2 is one of those few examples of a grimdark sequel done right. It also improves on and/or adds more features, such as having a much better-written, better-paced, and less convoluted plot, a larger amount of weapons to choose from (including a mech!), a new animal form that makes navigating through water easier, a wider selection of characters (with easier ways to unlock them as well), and much more. But at the same time, the combat system has arguably been made easier, especially due to the implementation of Umbran Climax.

Bayonetta 2, along with the first game, were ported to the Nintendo Switch in early 2018. 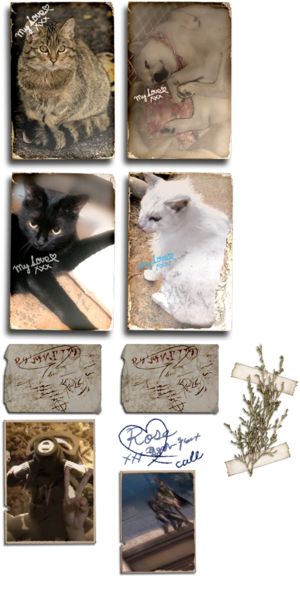 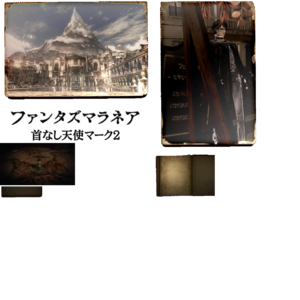 One of the character select screen textures in the Switch version contains leftover graphics for Xbox 360 controller buttons. 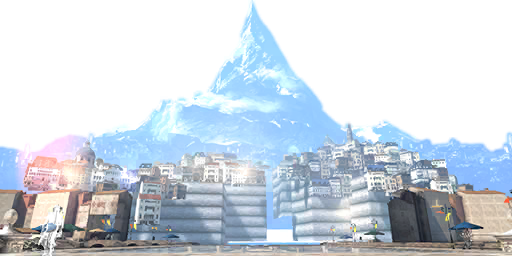 A background extracted from bm00062.dat, which contains a low resolution model of a portion of Noatun. It shows a blocky, unfinished version of Noatun's main plaza. 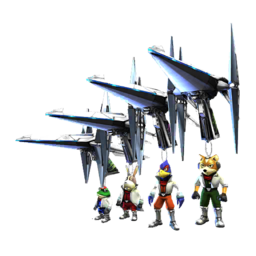 A render of the Arwing Guns equipped when using the Star Mercenary costumes.

A placeholder image of a missile found alongside the satellite and missile models used in Aesir's battle. 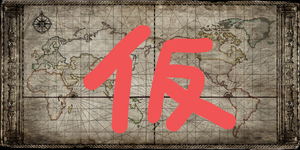 es1201.dat contains a copy of the world map shown in Chapter I with the kanji for "temporary" (仮) written over it. 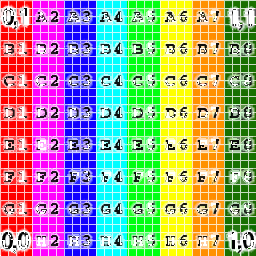 An image with columns of colors and coordinates, titled "colorgrid".

An image of an arrow found in many files, titled "testtex".

A placeholder for effect textures.

An assortment of small placeholder images-- their filenames are the only clues as to their use.

A version of Gomorrah's enemy introduction with its name written in the game's demonic font, rather than the specific font used for these introductions.

An early texture for the Noatun merchants' flower carts. Details on the top of the canopy are missing, and the prices on the labels have not been translated into Noatun's alphabet.

In the same files as the above "gates" is a simple image of a white keyhole. There are also singular angelic words, titled "keyhole_word".

es0069.dat contains a model of Madama Butterfly as well as various animations. There are idle, walking, and generic attacking animations (likely copied from Bayonetta's model), but there are also some animations seen only in prototype footage.

In that sequence, Bayonetta summons Madama Butterfly to perform a Climax Attack against Valiance. She picks up and slams Valiance's sword into its neck. Then, she pretends to lean in for a kiss, but instead punches it repeatedly. There are also quite a few animations where she winds up to perform a headbutt, one of which is used to finish Valiance off in the prototype.

ba0304.dat is a model of a low-poly witch apprentice performing a summoning pose. It can be seen in concept art for Chapter XIII, where multiple apprentices strike this pose to summon a massive Scolopendra.

Bayonetta's headbutt counter against Balder inside Insidious has an additional portion where she blows him a kiss. Due to the camera shifting to Balder after she performs the final headbutt, this segment of the animation cannot be seen in-game. (The portion of the animation that is visible in-game has been cropped out.)

There is alternate take of Balder's title call in the game's files, with only the slightest difference in inflection at the beginning of the audio.

Balder's voice bank also has two unused files, one of which is a man saying "lurfando" (one of his Enochian lines in the first game), and another of a shout. The man's voice doesn't match Balder's in either of the games, in English or Japanese, so their identity remains a mystery.

vo_r581.dat has a few voice clips that were intended for the Diomedes chase sequence in Chapter XII.

During the Jetfighter Assault minigame in Chapter XVI, Jeanne speaks to you from the jet's cockpit over the course of the sequence. All of her voice lines begin and end with the crackle of a transmitter, and have a filter put over them. One line that is spoken has an unedited version that remains in the files.

vo_pl0212.dat contains audio files of Enzo screaming for help, with a robotic filter over them. This filter is used when characters speak from the human realm while Bayonetta is in Purgatorio. pl0212.dat itself has a model of Enzo flailing his arms (used in the Prologue as his car goes out of control). Unlike the one used in-game, this particular model is shaded in grey, much like how characters are seen while in Purgatorio.

There is an unused instrumental for the battle theme "Tomorrow is Mine" with the BGM files in the sound folder. Also within that folder is a copy of the credits version of "Moon River" (sung by Andy Williams). However, its purpose is unknown, as the credits have their own "Moon River" audio file within the movie folder.

The sound folder also contains many short beeps in different audio channels (along with a single sine wave).

The movie folder has a file named "ToBeContinued" which displays the short video shown after completing the E3 2013 and October 2014 demos.

Bayonetta 2 was ported to the Nintendo Switch, and some additions and changes were made in the process.